Ling Wang is something different, that’s for sure, but I really appreciate his perspective in terms of online publishing. With his latest release of version 0.0.2 of Letterpress, which introduces Tags, ASCIIMathML support, and a few others, I’m beginning to see even with more clarity what his intent and implementation is all about.

No, this isn’t another WordPress-powered implementation but rather something entirely different. Ling describes his experience with WordPress and how he came upon this solution:

I’ve been using WordPress since July, 2009. It is almost good enough. I encountered several downtimes when MySQL hung. I don’t know a thing about database so I had to reboot the whole machine. I even wrote 1 or 2 small WordPress plugins for my own use, which further consolidated my aversion to PHP.

RSS/Atom feed generating is meaningless to me since I’m not famous and no one subscribe to my blog except myself.

Comments are also just ego feeders and I guess I got more VIAGRA spams than sensible comments. Most importantly, the writing experience is not good, neither in its web editor nor in its mobile apps.

I just want a minimal blogging system with good writing experience. Only static text files, no dynamic HTML generated from database. No RSS/Atom. No comments. And no PHP.

So instead of continuing to complain and do nothing about it (which is what so many people do since complaining and whining is so much easier) he created Letterpress.

Once you configure it you’ll be able to drop in markdown files into Dropbox which will be detected and crate a new .html file that is then publicly available. Letterpress updates or deletes the corresponding html file for you. Done and done.

Learn how to configure it via Ling’s GitHub page. Why else did he build Letterpress? He provides a few reasons:

And from what I see it is elegant, simple, and straight-forward: 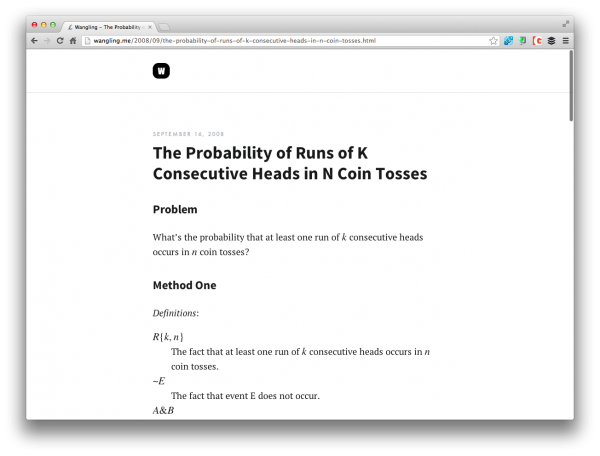 I doubt that many of you will jump off WordPress for this anytime soon but what this does is present a nifty-alternative if you’re looking to experiment. What it’s also doing is really highlighting the apparent zeitgeist of the internet for function over form, or in other words, focus on the content instead of obtrusive design.