Today we get the opportunity to meet Rhys Wynne, a web developer currently working in England and the man behind WP Email Capture.  He mentions he’s a fan of professional wrestling, but as it turns out, he’s a super fan. Quiz him on the Royal Rumble, I dare you.

Much more related to the topic of today’s interview, Rhys is a strong supporter of premium plugin development as you’ll see in the interview after the jump and today he’s our WPOI (Word-Person of Interest).

1. Tell Us About Yourself, the More ‘Unknown’ Facts the Better!

Hi! I’m Rhys Wynne (@rhyswynne on Twitter). I am a web developer/SEO currently working for 3 Door Digital in Manchester, England. I’m originally from Colwyn Bay, which is a small town in North Wales. I’ve transitioned away from SEO to more of a web development role recently, as I enjoy the development side more.

I develop in WordPress as much as possible at my day job, but in my free time I run a few sites that are exclusively WordPress. I’ve recently taken on a project redesigning my local football (soccer) club’s website, which should be quite interesting.

Away from WordPress and the internet (which are my two true passions), I am a huge fan of soccer (I support my hometown team Colwyn Bay FC, who are a mere five promotions away from the English Premier League!), professional wrestling and travelling. 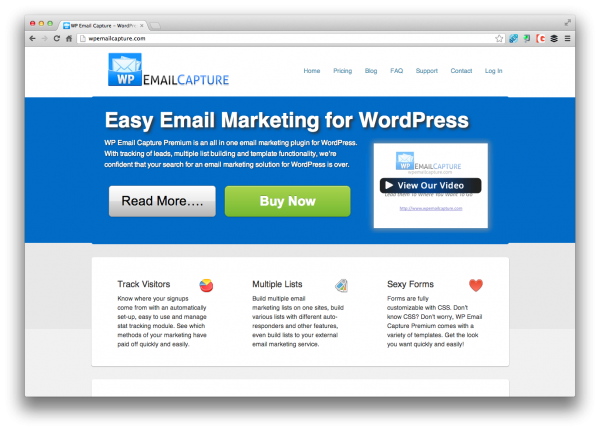 2. How Long Have You Been Working with WordPress? When Was Your First Experience?

I’ve been working with WordPress for years! The oldest version I remember running was WordPress 1.5. I think it was an upgrade to 1.5, so I’ve probably been using it longer. My first experience of WordPress was for the blog module for a North Wales based tourist attraction. It’s come a long way since then, as WordPress now is pretty much the first recommendation for all websites I build, from e-commerce websites to quite large enterprise websites.

3. Why Did you Start WP Email Capture? What Was the Chief Motivation?

The chief motivation behind WP Email Capture was mainly to teach myself PHP in a structured environment. It originally started out as a project to “WordPress-ize” some code I wrote for a freelance gig for capturing emails. After testing, I decided to release it to the community.

It got some traction, with some fairly big names in the community recommending it, and with popularity came the inevitable feature requests. After surveying those who signed up for more information, I began working on a premium version to cater to those people’s requests. After getting easily distracted for two years, I finished it last August and released it.

4. How Have You Seen WordPress Grow and Change and Where Do You Think It’s Headed, Especially in Regard to Premium Plugins?

The main way I’ve seen WordPress grow and change has been from a blogging platform to a fully fledged CMS. When I started with WordPress you couldn’t define the front page of your site. Now it’s a lot more rounded and almost every day I am amazed by what you can do in WordPress.

Not only has it become a CMS, but also the best CMS out there. I have dealt with many in my 7-8 year career and WordPress is the easiest to build sites with. So much so that I’m beginning to get people who request WordPress as the CMS they want their site to be built with.

Tricky to see where the main WordPress project is heading, though one thing I’d like to see the community be is more welcoming to premium plugins on the main repository. Previously they have featured premium theme developers on the site, I’d love to see recommended plugin premium plugins as well.

Premium plugin development I think is in a stage of infancy. You have a few (Gravity Forms, Pippin’s Plugins etc) out there but not a huge amount of others. I’d like to see more developers who make plugins produce more premium features, as it benefits the community as a whole, because it helps keep the free plugins maintained.

I’m also quite keen in making the site a lot bigger. One thing I was going to try at launch, but never got around to it, was offer a variety of payment options. One of those wouldn’t be the plugin, but a premium support area for those who wanted support but not necessarily the plugin. I was looking to partner with a couple of email marketers who would provide premium articles for the site as well as a bonus to these people who sign up.

Other than that, I’m not sure, it’s stable and I’m happy with it. Obviously I will keep it updated and make sure it’s working, but I’ve got a few other projects on the side that I’m keen to finish and get out there. 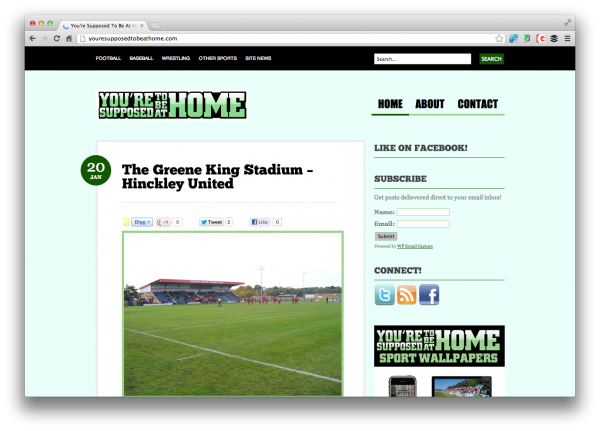 6. Any Personal Side Projects or Passions that Keep You Busy?

I have partnered with two friends (who are also keen WordPress developers here in Manchester) to work on two projects for the time being. I cannot tell you more about them but, put it this way, if these two projects (and one more which I’m developing on my own) aren’t released by this time next year, I won’t be a happy bunny!

As well as football and travelling (for which I run my own blog – You’re Supposed to Be At Home), I also maintain the web presence of a local Professional Wrestling firm. Occasionally they let me loose on the microphone. Between that and less exciting hobbies (swimming, playing video games), I’m kept plenty busy!

7. What is One (or Two) Tips for Those That are Getting into WordPress, Especially Premium Plugins?

Three pieces of advice I could give for those getting into premium plugins are the following:

Value your time. Advice I gave my friend is “think of what you want to charge, and then double it”. Pricing low usually ends up with people who waste your time, asking obvious questions and often end up making promises they cannot keep (how many times have plugin developers been told “If you help me, I’ll consider donating”? I bet loads). By valuing your development time, you can end up providing a better service, as you’re not chasing every last sale for a minuscule amount.

Offer decent support. Of course, if you’re a Premium developer, then make sure your support system is good. Invest in a ticketing system so you can keep track of support requests and use that to support your FAQ. Make sure your FAQ is good as well.

All this seems obvious but you’d be surprised how many buyers have ended up with unsupported premium plugins, it makes you wonder what they are buying.

I’d also support any free plugins you release as well, as you are giving back to the community; at the very least, the premium should be well supported. It is also in your best interest to support your plugins: I’ve landed WordPress consultancy gigs through being helpful.

Just Do It! I’m not the best coder in the world. I’m certainly not the best WordPress developer in the world, every day I’m learning, but if you can code a decent WordPress plugin and it doesn’t break the core and it plays nicely with other plugins, then you are capable of coding a premium plugin. At the very least, it’ll be a learning experience for you.