I recently came across a new website that offers interesting reviews of popular web hosts.  The reason I think it’s interesting is because the website doesn’t use personal opinions about the hosting companies.  In fact, it claims to be a no-nonsense guide to the best web hosting.

The website actually uses data from a variety of sources to determine what the  best web hosting company is out there.  Mind you, it really only covers shared hosting services, so there aren’t any WordPress managed hosting providers listed explicitly. 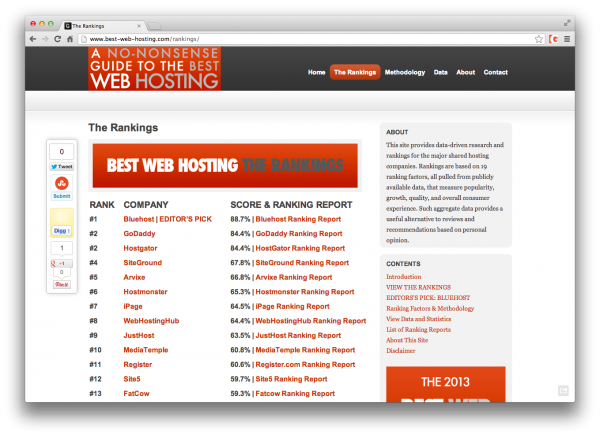 But the criteria it uses includes:

To my surprise, here are the top five web hosts listed on the site.

Some of the sites in the list I have never heard of, but maybe you have.  I recommend checking it out, as it’s a refreshing way of looking at what’s out there for hosting WordPress websites.

Is this legit? Is this something that you’d trust for you and perhaps even your clients?