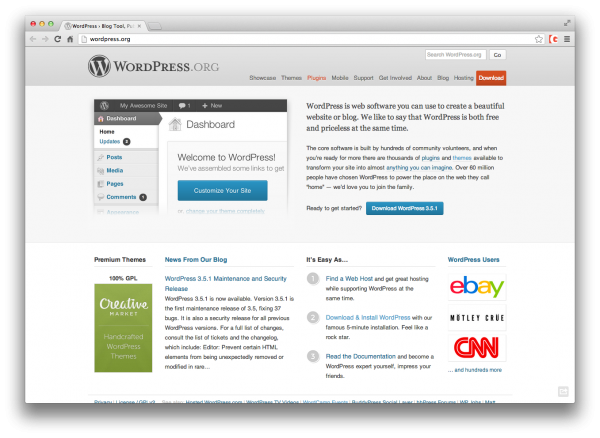 I had a hard time understanding exactly what the stink was all about until I went to WordPress.org directly and saw that there is now a spot on the bottom left hand part promoting The Creative Market.

Highlighting ONE theme marketplace (or JetPack on WP.org Repo Page) over overs is favoritism – great way to kill community

@CoryMiller303 is the source of a lot of the ongoing conversation that’s storming quickly. I don’t have any intelligent thoughts at this time to contribute to the dialogue (or monologue?) so far but it’s quite apparent that more than a few people are upset.

Want to toss your hat into this ring? Is this a reaction? Or just a misunderstanding?