The title is my lame Thursday afternoon attempt at some humor but as I read it over and over again in my head it makes less and less sense, so I’ll go ahead and hit the publish button before I go insane.

Via Bronson Quick, it appears that Google App Engine has launched their PHP runtime during I/O so that you can run WordPress directly on App Engine itself.

They’ve even got a tutorial already live so that you can learn how to deploy a simple WordPress installation to the Cloud Platform. Make note, the tutorial assumes you know what you’re doing and very comfortable with deploying PHP apps to App Engine and that you know WordPress, MySQL, and other such environments. 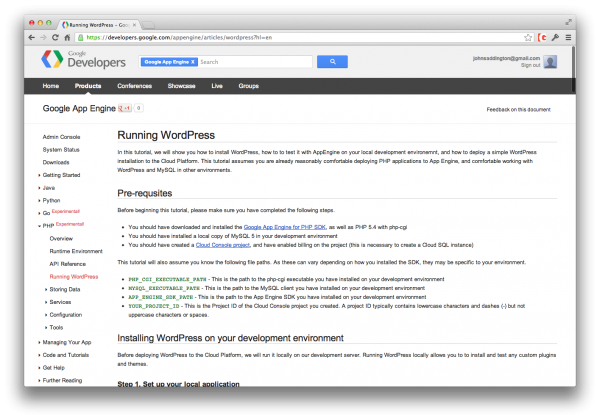 Pretty slick! Thanks for the tip Bronson!

I’m going to try jumping one this weekend and see how it goes. I love how this is even now a possibility!