Time is ticking my friends – Google Reader just has 6 weeks or so to go before it’s *poof* gone. As I’ve shared previously, Feedly has become my go-to choice for a replacement but it’s not perfect, not even close unfortunately.

They’ve iterated on their product a bunch of times in the last few months as their popularity has soared but it’s still lacking on some core features that I’m going to miss from Google Reader. As a result, I’m constantly looking for alternatives for RSS Readers and I’ve found a few open source options like Stringer which is neat.

Here’s another one though that you might want to check out that’s got some appeal to it. 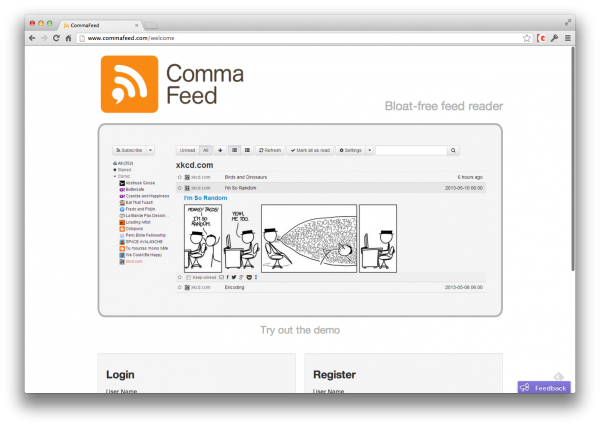 CommaFeed is a “bloat-free” feed reader that’s trying to keep things simple and trim. You can try out the service for free and even import Google Reader as well, which was super-simple: 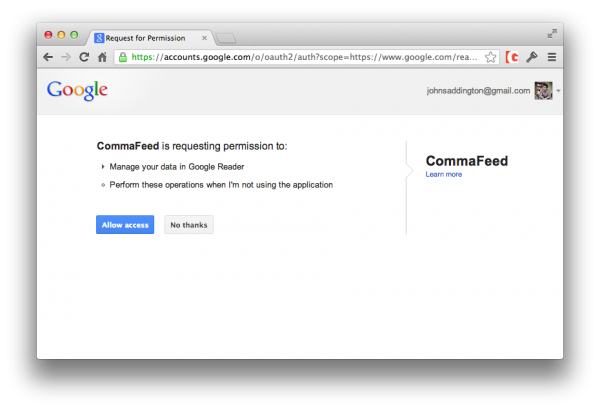 The reason you might like it is simply because it actually looks like Google Reader and has a very similar interface, which was a refreshing reminder of an app-gone-by. 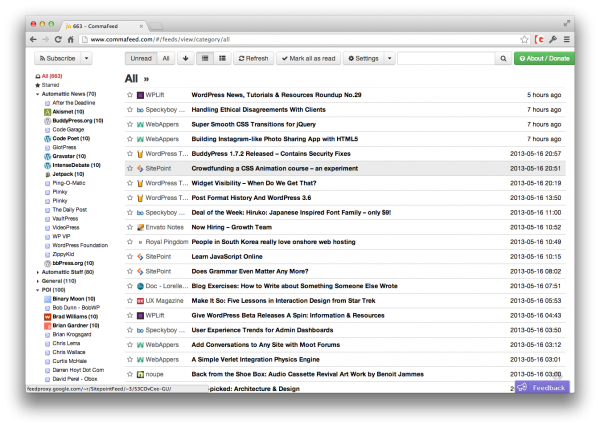 There are your basic options of viewing all Unread and simply All posts as well as 2 different views (list and expanded) and then a simple option panel allowing custom CSS if you’d like:

The best thing though is the fact that it’s also open source – you can grab the full application and set it up on your own solution here – the details:

It’s even got a Chrome and Firefox extension.

My initial use wasn’t incredibly impressive – the service seemed slow and a bit clunky, but that might just be a simple engineering issue to speed things up.

Although I did like “seeing” it like Google Reader the fact that it didn’t initially behave as intended makes me want to either run it myself (and hack it) or wait until they get those bugs figured out.

Sigh. Still waiting for the perfect RSS Reader – please build me one!