Things are being put together quickly this week and launched as a new WordPress.com dashboard has been released publicly (which many of you have already experienced).

So, the question is: How do you like it? 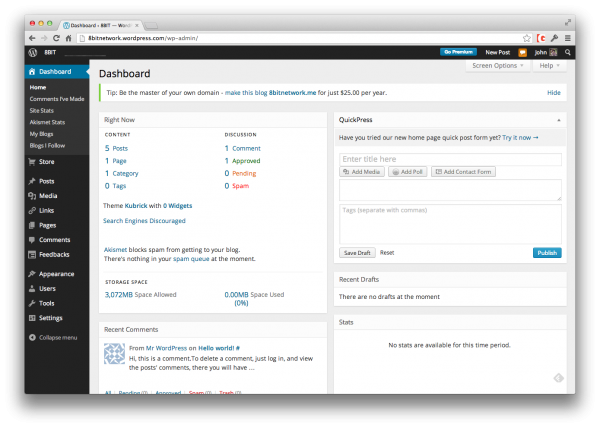 The expressed goals, as previously shared, were the following:

Do you think that they’ve succeeded in their stated goals? I believe that they’ve done a great job (and the responsive selector is opt-in, by the way).

In additional news, Windows Phone 2.2 has also been released this week, with the biggest addition of support for self-hosted galleries:

Version 2.2 of WordPress for Windows Phone is now available in the Windows Phone Store. It introduces gallery support for self-hosted sites running WordPress 3.5 or higher. It also resolves many of the outstanding issues and quirks that you have mentioned on the forums and on Twitter.

I’m not a user of Windows Phone, as I’ve shared previously, but it’s a passionate community, I’ll tell you what.

It makes me wonder if I’m missing something or if I’m not appreciating fully what Windows Phone can bring to the table?

Please tell me and I’ll give it a legitimate whirl in the near future, I promise!

Hope you guys are having a great week and not having update woes!