It’s true. Google Reader is finally gone. But that’s not a major issue, right? Because you’ve already migrated to your new solution (I hope).

Well, I’ve been spending the past few months with Feedly and it’s been great – it’s helped me stay up to date with all the things that I need and I’ve been happy (not terribly happy, but happy) with the results.

Although, it might be second best now that I’ve tried Digg’s new implementation: 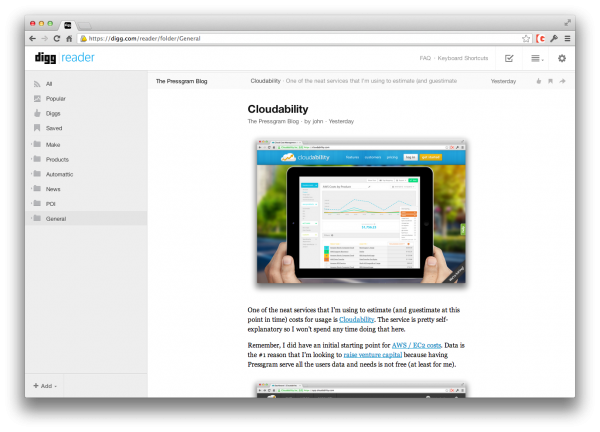 Digg Reader was recently released and I was fortunate to get in early enough to transfer all my Google Reader stuff into it. I love the interface and it’s much more clean than Feedly.

Shortcuts? A must have! And they have a few that are working so far:

They admit that it’s not done yet and there’s a lot to improve but I will say that on my tests in the past few days I’ve been happy with the usage. I might be moving to Digg Reader very shortly full-time. I hope they get the rest of their core MVP experience done with so I can enjoy the awesomeness.

In other news, there’s another player out there as well that is actually not that bad either – wait for it… – AOL Reader: 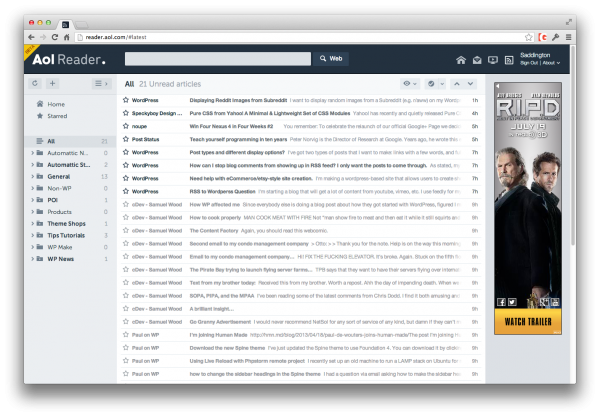 I’ve been pleasantly surprised by this one as well and their options panel looks amazing similar to Digg’s: 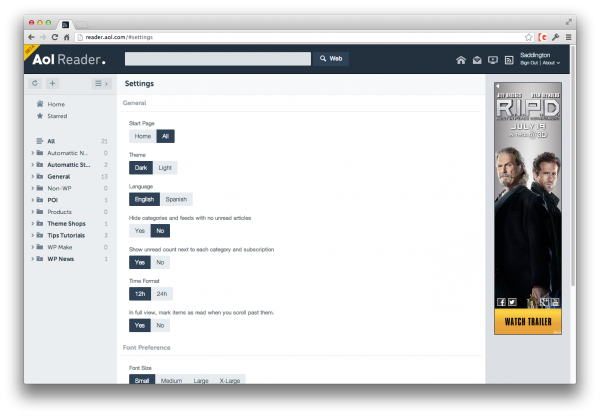 They have shortcuts as well:

I am also trying this one out for size – it seems much better in terms of completeness and so far the experience has been just fine.

I can’t believe I’ve been given two alternatives to Feedly that actually might compete well enough for me to switch. I have a lot of issues with both Digg and AOL as a company but those might just be superficial when it comes to performance and use.

Check them out and let me know what you think! If you’re looking for other RSS Readers were are continuing to explore many other options as well.