A little while ago we shared a neat giveaway via Heather Wallace which was awesome as we gave away some of her copies of her book.

Well, she’s been fairly industrious since then and has launched a new digital course via Udemy and their vast network that will help you (and perhaps many others) get started with WordPress.

Essentially, she’s transformed her book into an online course and she’s offering a killer 53% off regular price right now: 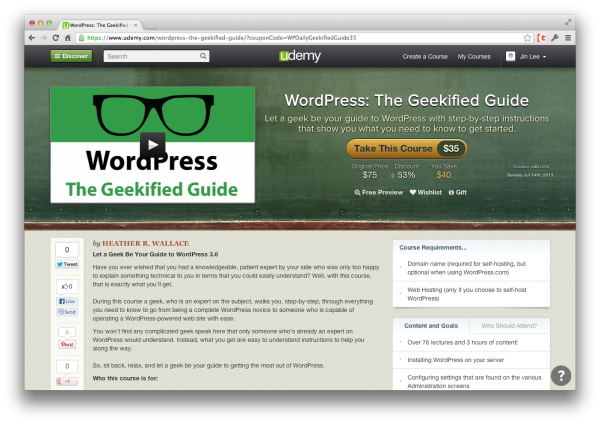 With a total of 17 sections and over 75 lectures it’s a big bundle of useful stuff for only $35 – can you say “bargain”?

The deal ends next week so hop on it now if you think it’ll be useful later on. Check it out here.