With all this talk about forking this past week I must have come up with about a thousand jokes (most involving spooning leading to forking). Unfortunately, discussing source code and software packages aren’t the typical topics of convo at the comedy clubs, so most of my friends thought I was just plain cuckoo… and, well, I probably am. And for all of you WordPress folks, I won’t torture you… I’ve already stuck a fork in my forking jokes. But I will offer you a Woo-free article to enjoy today. It is the weekend for Pete’s sake. Let’s laugh a little!

What do you guys think about joke forking?

Ya know…where you come up with a set up and ask for others to contribute with a variety of punchlines. Like the Back to the Future “This is your cousin Marvin…Marvin Berry” memes that have been circulating ‘round the web.

Do you think there is any “feeling” of joke theft there?

Look, I’ve seen joke theft in action and it is really no laughing matter. When you tell (or type) a joke that you wrote, you EARN the laughs (or retweets). When someone steals that joke, and they get motherforking laughs… they’re stealing a piece of you. Your soul. You feel like your heart is being ripped out like in “Temple of Doom.” And you just want to scream, “It’s just not fair!”

I’m not alone in these feelings. And joke theft is in no way a victim-less crime. So I did a little research and interviewed a variety stand-up comedians and writers about their experiences with online joke thievery. Here’s what I found…

Back in April, Patton Oswalt outed “comedian” Nick Madson for stealing his material (among others’) in his blog posts: THIEVERY! And his response to this post, ASSHOLERY! 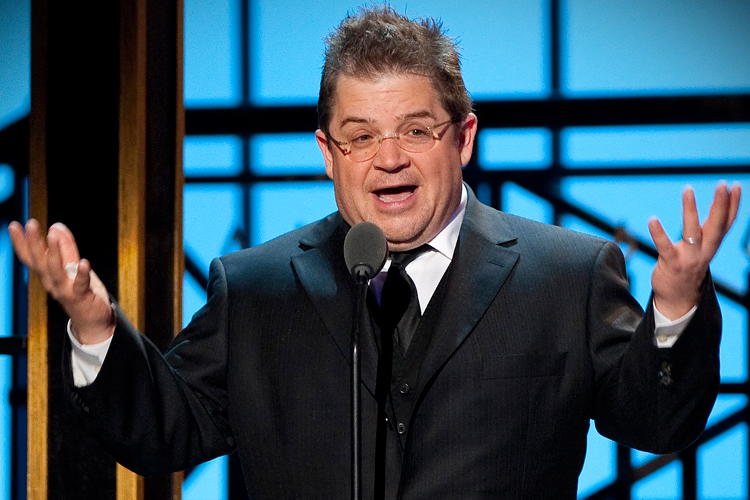 Oswalt is a very well known comedian and comic actor with over 100 IMDB credits and almost a million and a half Twitter followers. So, did he see this random dude performing his material for less than a dozen people and just let it go? No! And why should he? As he stated on his website:

“I’m really hurt. It feels unpleasant. I worked very hard on those jokes – honed them night after night, kept challenging myself to make them funnier.”

And this month, there has also been controversy over YouTube personality, Kain Carter performing the uncredited material of late comedian, Patrice O’Neal. But Carter has over 600,000 YouTube subscribers, many of whom defend his thieving ways.

Turns out the topic of joke thievery is quite polarizing. Most think it’s immoral to profit from another person’s intellectual property without giving them due credit. Yet, there are comics out there (some pretty famous ones at that) who seem to take the “all’s fair in love and war” – and comedy -stance.

Though of course there are extreme positions on both ends, this phenomenon is not so black and white.

We’ve all heard and probably even told the joke, “Why’d the chicken cross the road?” Well, someone wrote that joke. But chances are when we were telling it, either we were 5 years old or telling it to a 5 year old and sighting the source of the joke never crossed our minds.

Would anyone consider this joke theft? Well…isn’t it?

Now, what if you were at a party, telling a Richard Pryor bit, or Henny Youngman one-liner or Joan Rivers quip and you don’t remember where you heard the joke or who said it… are you forbidden from retelling the joke to your friends for fear of the joke police knocking down your door with a rubber chicken in one hand and water-spraying boutonniere in the other?

But when the joke telling leaves the living room and enters a more formal stage set up, things get complicated.

Is it possible that two people could come up with the same concept for a joke at the same time?

Yes. Of course. And that happens all the time with current events.

Especially now, since the invention of Twitter has allowed jokes to be told to a widespread audience the moment thoughts are conceived. 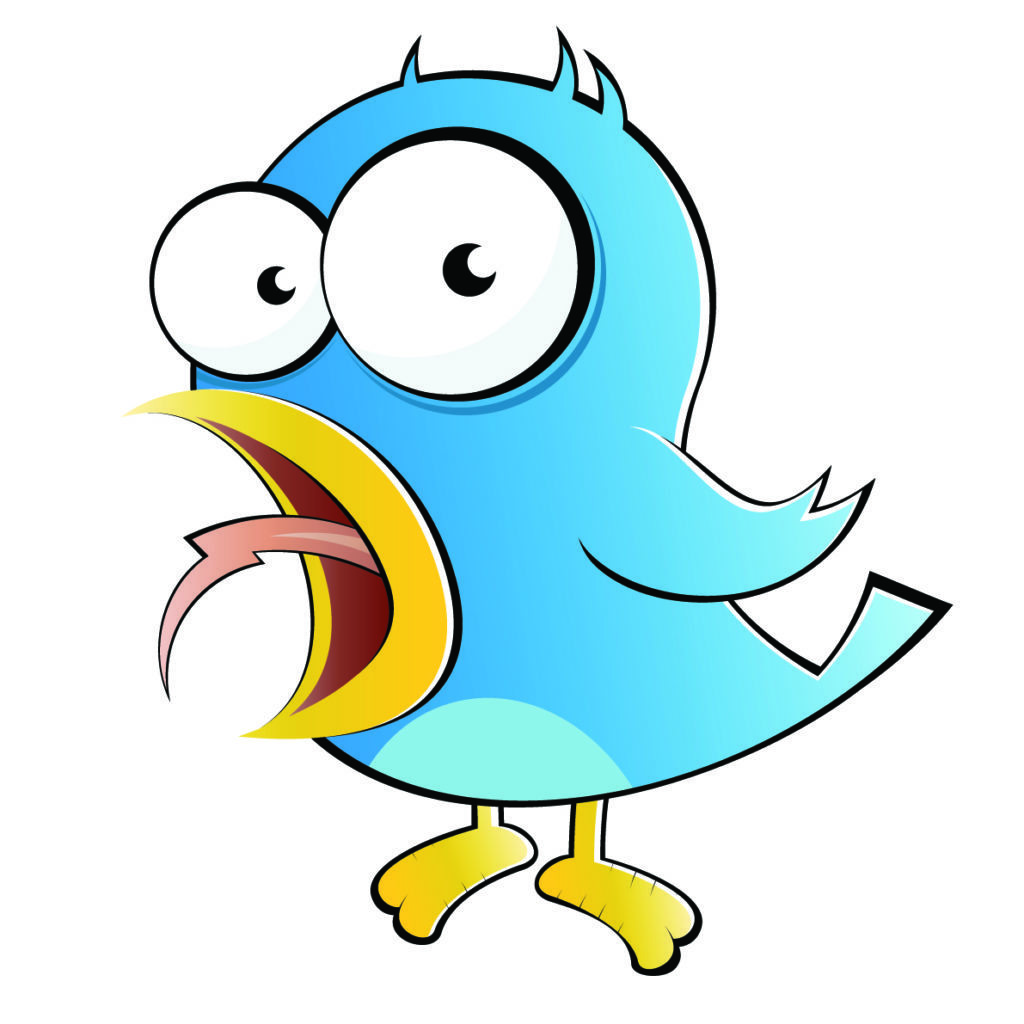 Comedian and writer for Conan, Brian Kiley, explains that when a news story breaks, and the writers come up with jokes at 9am, by the time the show airs at 11pm, there have been tons of jokes circulating on the same topic. So, they have to make sure they come up with their own spin on it. And even then, it can still feel similar to someone else’s take.

Before the cord was cut on Prince William and Duchess Kate’s baby George, the online universe started cranking out jokes. The joke that aired on Conan was:

They said the royal baby is 8 pounds… but you can’t put a price on a child.

Kiley remarked that it ended up being very similar to comedian, Wendy Liebman’s tweet:

Were they all stealing from each other? Or is just more likely that, with the baby being British, and British currency is the pound, making the leap from pounds, as in weight, to pounds as in currency, isn’t such an outlandish twist that only one person could have possibly conceived tying them together?

I’ve written jokes similar to 20 comedians. It just happens. Usually not verbatim, but close. I once found a joke of mine in a greeting card… I don’t believe there was malice.

Then, there’s the concept of unintentional joke stealing.

Writer/comedian, Justin Shanes who wrote for Late Night with Jimmy Fallon and currently writes for MTV’s Nikki & Sarah Live, remembers writing a tweet that got about 1500 retweets.

A month later, a friend emailed Justin to tell him that another comic tweeted a very comparable tweet to Justin’s, “The joke was similar enough that I felt like I was within my rights to contact them.” Even though doing this made him “feel like a crazy person.”

Once Shanes contacted the other comic, the tweet was immediately taken down, an apology was made, (and accepted) and the offender even retweeted Justin’s original tweet. Justin understood that this guy wasn’t out to steal his material:

You have a glimmer of an idea, and you don’t realize at the time that you got the idea from a tweet you saw months ago. It’s not until someone calls you out on that, that you legitimately remember.

Then there are the people who copy and paste tweets word for word without crediting the original poster. 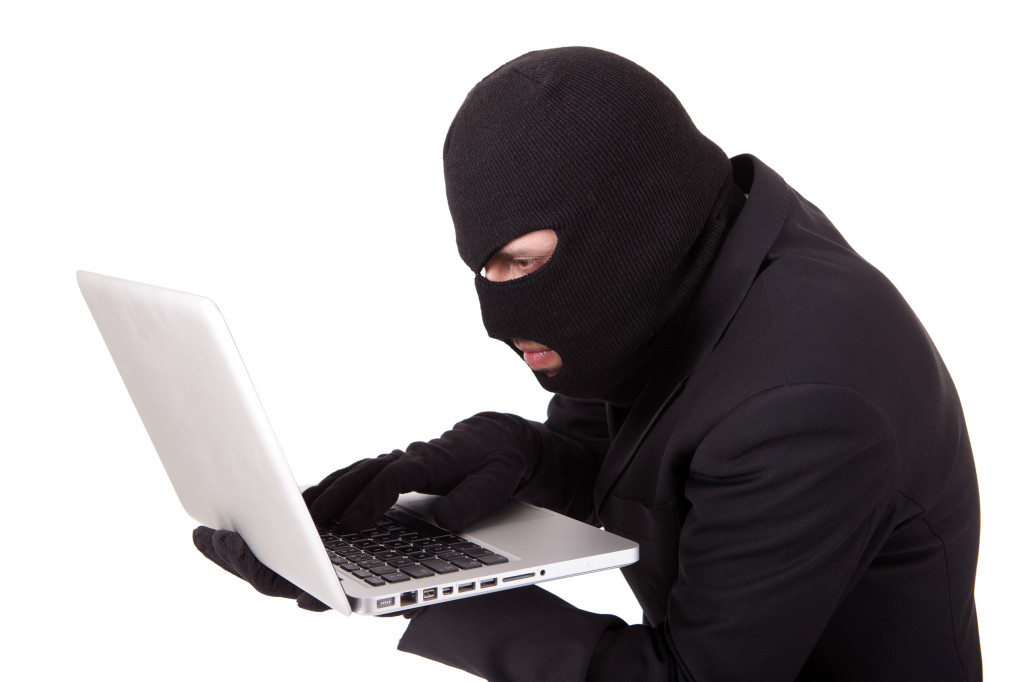 Is it possible… just *possible* that these offenders aren’t comedians or writers, that they are in the mindset of those telling jokes at a party? They just want to share a laugh with their online community and they aren’t thinking of “stealing” it, but instead just want to tell a joke to their friends?

Possibly, but there is a built in way to get the joke out there while crediting the author. Hello…just click retweet! Friends laugh, proper credit given. Isn’t this a win-win for all involved?

Back in 2011, this happened to Los Angeles writer, Mike Schramm with the following tweet: 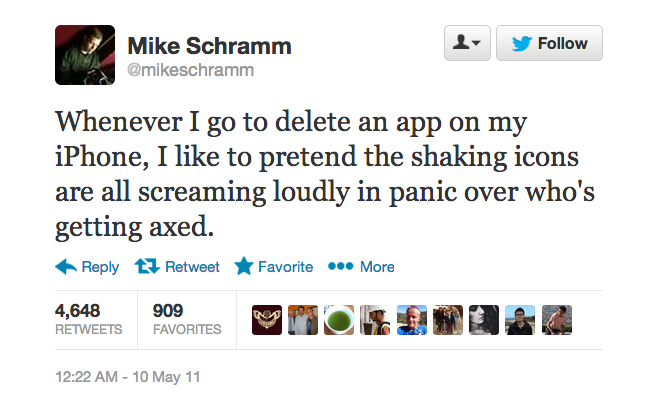 And while his tweet did get 4,651 retweets and was favorited 909 times, there were plenty of people who didn’t hit that Retweet button and instead, just copied and pasted.

He was upset about it, but as he explains:

I was kind of honored when I saw that it was getting out there. But I was more surprised that it must have hit something in people completely outside of my control… I’ve just chalked it up to a funny story. And I can brag in a bar that I’ve got a tweet with over 4,000 retweets out there.

This was a very positive spin on a bad situation. Not every comic can see the bright side.

Comedian Fahim Anwar who has appeared on Comedy Central and was featured in Rolling Stone, had his joke thief confess to him.

My gut reaction was to take a screen grab and put this guy on blast. But the fact that he was apologizing and I wouldn’t have known had he not sent me the message made me want to cut him a break.

Fahim still wanted to share the weird incident, but didn’t want to expose the thief, and so, blackened out his name. Things got weirder from there. The copycat insisted that he not remain anonymous and actually goaded Fahim to call him out. 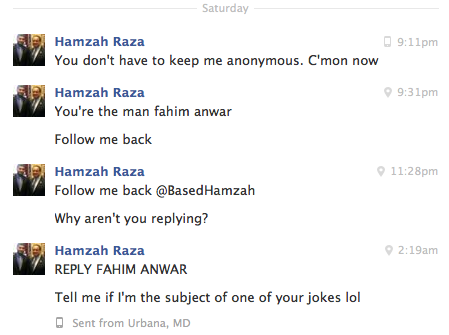 As if the purpose in stealing the jokes and confessing was to become the butt of a  new joke that would then be tweeted. And what? He’d then steal that from Fahim?

There have been a plethora of tweets stolen verbatim.

Comedian and writer for Klasky Csupo animation studios, Alex Mesrobian, saw it happen to him.

I couldn’t believe nor understand why somebody would claim another person’s creative work and try to pass it off as their own.”

What’s the point of taking someone else’s joke…? No matter how funny it is, it’ll never feel comfortable.

After joke theft happened to comedian and Nerdist contributor Asterios Kokkinos he explained, that there is a Comedian Code:

Comedians can make jokes about the worst, most offensive subjects on earth. Pretty much the only rule in comedy is you don’t steal someone else’s joke. 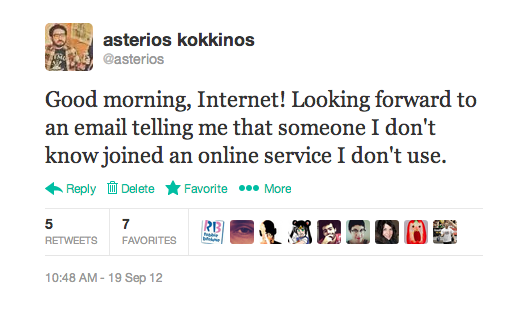 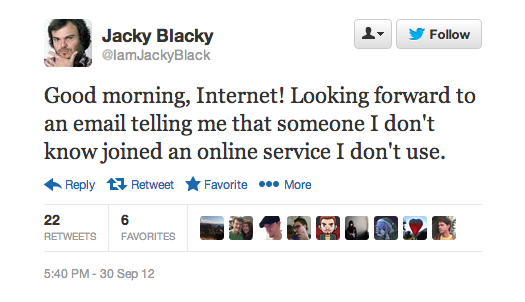 Kokkinos did try to contact Twitter, who has a policy about intervening, but learned that they will only get involved after your material is stolen three times.

When comedy writer Naomi Rohatyn confronted her thief, she noted:

He made me feel like the asshole for denying him his constitutional right to take my joke.

Then there are comedians who are wrongly accused of joke theft. For one nationally touring comedian who chose to remain anonymous, it only took one YouTube comment from a random kid saying that he stole material from another well known comic for at least one comedy club booker to black list him.

Being wrongly accused of breaking the Comedian Code can be a career killer. Once you get labeled a thief, it’s hard to remove that scarlet letter.

Some people believe the thieves get their comeuppance. As Brian Kiley said:

The thieves get a bad reputation. It’s just not worth it. It’s a short-term gain. And in the long run, I think they’re hurt by it.

However, there are comedians who have seen joke thieves turn others’ material into a full career. Well, let’s hope even with all of the success, they’re still miserable.

Sure, there are about 50 shades of gray, as it were, when it comes to the degrees of joke theft… coincidental, accidental, malicious and everything in between. For those who steal with intent, we would all hope they would be as mature as a 9th grader who knows not to plagiarize his book report because he’ll get a zero. And that’s what joke thieves are… zeros. 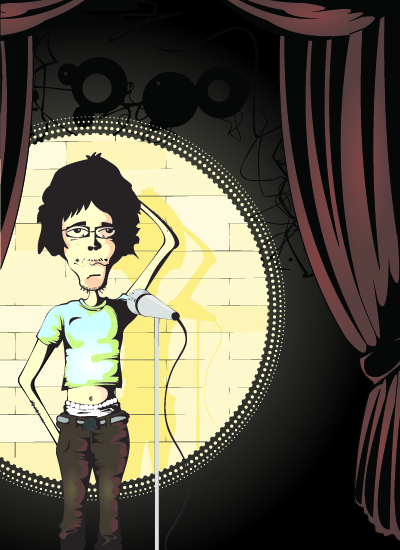 I would like to thank all of the comedians who helped me with this piece. Please follow and (RE!)tweet them:

And me… I’m Jessica Glassberg: @jglassberg