We’ve heard it many times before—WordPress is democratizing publishing. But have you ever stopped to think about what that really means?

Democracy can be defined as:

A system of government by the whole population or all the eligible members of a state, typically through elected representatives.

To put it more simply, democratic governments answer to their citizens. Through voting, people frame the institutions that govern them.

But democracy doesn’t only apply to governments, it can occur in groups or organizations. In this context, democracy means that everyone in the group is treated equally and has equal rights, and that the group is controlled by the majority of its members. For example, you and some friends could decide to model your book club on democracy. (But if you are picky about what you read, you may want to consider totalitarianism.)

When applied to publishing, democracy gives people the ability to engage in public discussion.

The democratization of publishing means people are increasingly free and able to contribute their own ideas, stories and opinions, largely thanks to the internet.

The internet is at the core of the democratization of publishing, as we know it today. But it also represents the most recent incarnation of a process that began many centuries ago.

Modern publishing originated with Gutenberg’s invention of movable type, in the 15th century. Movable type made it possible to reproduce books in mass quantities. For the first time, common people had access to written knowledge. 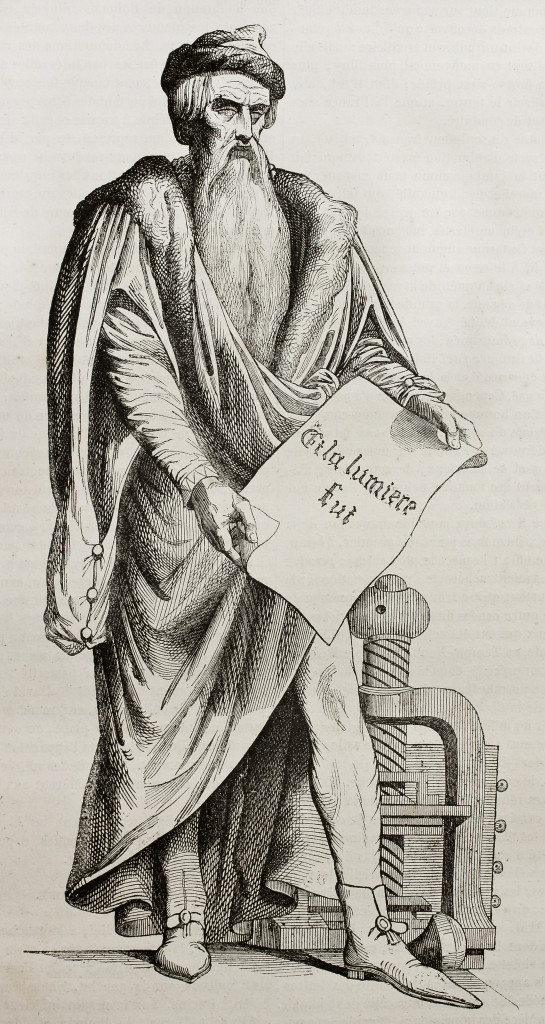 News, knowledge and literacy spread throughout Europe, sparking the Reformation, the Age of Enlightenment and the Industrial Revolution. These events saw the birth and spread of ideas that are still important today—human rights, mutual religious tolerance, and capitalism.

The first newspapers and magazines began circulating Europe in the early seventeenth century. They were different in a way that seems unthinkable today. As Mitchell Stephens, the author of A History of News, explains: “… with very few exceptions (mostly in Holland), they [early European newspapers] never reported any news about the country in which they were printed. Print shops were tightly regulated; in most countries they required government licenses to print; and they could be quickly shut down if they printed anything that offended the authorities.”

Eventually, newspapers began to report domestic issues. This began in England where, with the breakdown of King Charles I’s authority, newspapers started to feel free enough to discuss domestic issues. The press was quelled again, following the beheading of Charles I, but the seed had been planted and idea spread from England to the American colonies. In the United States, a free press came to be seen as so vital to democracy that it was enshrined in the First Amendment to the Constitution.

But the publishing process itself was not democratic, becoming even less so over time. Newspaper owners amassed wealth and power, and the most wealthy were able to buy their competitors. The market becoming ever more concentrated and competition from television only exacerbated this. For most people, this meant fewer and fewer opportunities to participate.

The ability to participate in the media was previously controlled by those most able to publicize their views—the owners of printing presses and media companies. Only people who had connections to publishers could express their opinions. People without connections (often the poor and marginalized) had little chance to partake. As a result, the powerful and the wealthy often shaped public perception and debate.

But this dynamic changed with the creation of commenting sections, blogging platforms, social media sites, and self-publishing platforms on the internet. Anyone from anywhere (with an internet connection) could publish his or her point of view. In western democracies (where people usually don’t face arrest for criticizing their government on the internet) this allowed for a much more diverse public conversation. Aspiring journalists, novelists and opinion-shapers could increasingly publish anything they liked.

People first used the weblog (later shortened to blog) to publish on the web. Justin Hall created the very first blog—links.net—in 1994. Like Justin, early bloggers were usually either developers or designers who could code their own HTML pages. They represented a fairly small segment of society.

But the nature and users of blogs began to change. Platforms that made blogging accessible to less technical users emerged. People from all over the world embraced these more user-friendly web publishing tools. As a result, news and public debate became more interactive than ever before.

A watershed moment in the rise of this new interactive paradigm was 9/11. Many citizens were witnesses to the attacks and the stories of ordinary people became a crucial part of the story. Since then, citizen involvement in publishing has increased. In May 2011, Blottr —a UK-based citizen journalism website—beat BBC and Sky News by three hours in a story about a London bomb threat. Right now, media outlets are relying on citizen journalists to obtain reliable information on Syria.

Not satisfied with the blogging options available at that time, Matt Mullenweg and Mike Little created WordPress in 2003—the software that is still freely available from WordPress.org today. In 2005 Matt founded Automattic and WordPress.com, a hosted service for the software.

WordPress can be (and is) used by anyone, from amateur bloggers to The New York Times. By being free and open source, WordPress gives people freedom to publish whatever they like. This is one of the key reasons it has grown at such an astonishing rate over the past decade, becoming the most popular publishing system on the web. WordPress now runs 18.9% of the world’s sites.

Matt sees this freedom to publish from the bottom-up as paramount. He told TIME:

We’ve been working on the same thing [democratizing publishing] for a decade now, we plan to work on it for another decade.

Is Democratization a Good Thing?

The increasing involvement of non-journalists in web publishing has also led some people to complain about the loss of journalism ethics—such as accuracy, fairness and deep investigation. By democratizing the web, are WordPress and other open source platforms opening the floodgates for a world full of biased, inaccurate, shallow and offensive content?

Not everybody thinks so. Arianna Huffington, founder of The Huffington Post, recently wrote that the future of journalism and digital media will combine:

…the best practices of traditional journalism—fairness, accuracy, storytelling, deep investigations—with the best tools available to the digital world—speed, transparency, and, above all, engagement.

If we can agree that greater public engagement in publishing is a good thing, does the democratization of publishing necessarily depend on the availability of open source platforms? Matt made his view clear to Memeburn earlier this year:

As the web becomes more and more part of our everyday lives, it would be a horrible tragedy if it was locked up inside of companies and proprietary software.

While WordPress (specifically WordPress.com) has not been without censorship controversy, an open source platform for publishing seems more important than ever. Recent events—mass surveillance revelations by NSA leaker Edward Snowden; and The Guardian partnering with The New York Times in the face of ‘a climate of intense pressure from the UK Government’— demonstrate why the freedom to publish without censorship is worth the individual effort required to ignore questionable posts and poor-quality content.

Is the internet the final frontier in the democratization of publishing, the place to finish what Gutenberg started all those centuries ago? Or will we eventually see consolidation of web publishing power, like we did with newspaper publishing? 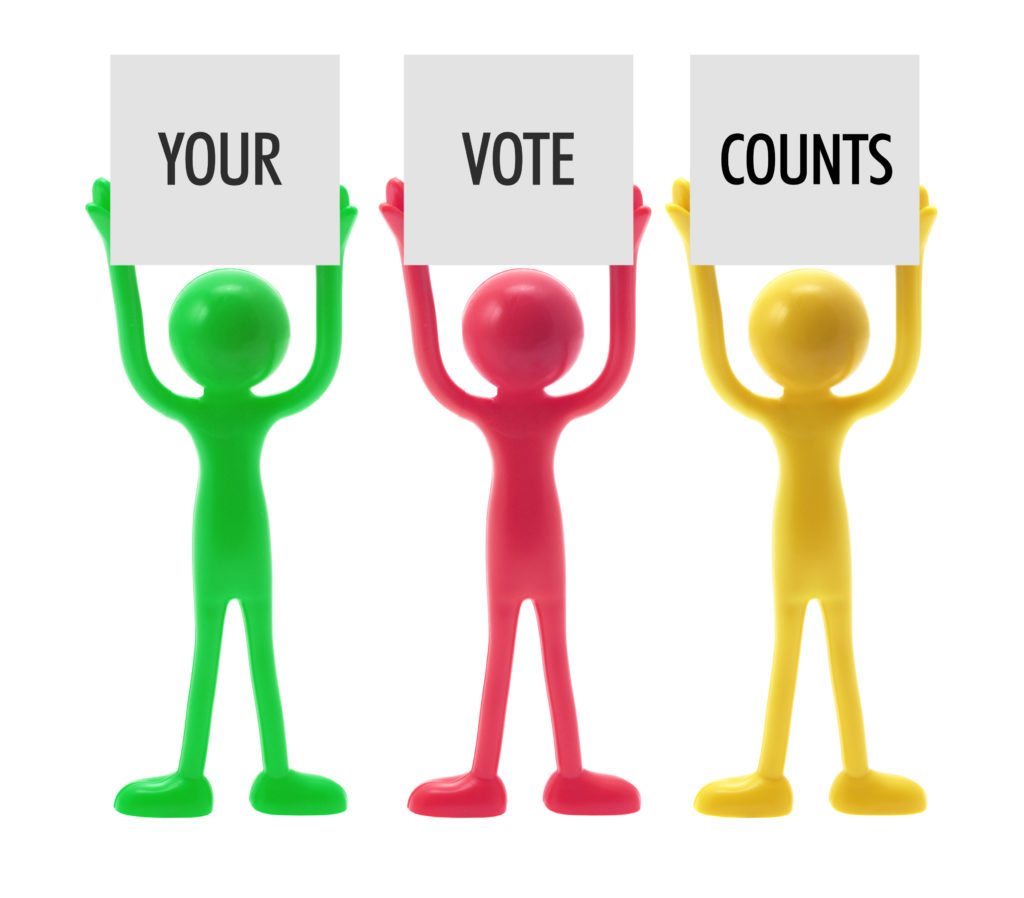 As with political democracy, the answer probably depends on us—ordinary citizens. On our ability to disrupt established power bases through innovation (such as open source projects like WordPress); our willingness to hold powerful web publishing companies and governments accountable (through activities like citizen journalism); and our readiness to use our “vote” carefully when we choose where to publish and consume information.

How are *you* contributing to the democratization of publishing?

Kirby Prickett is originally from Australia, where she has worked as an economic consultant and government analyst. She now works as a freelance writer and lives in beautiful San Francisco. You can find more of Kirby’s work on her blog where she writes about San Francisco, writing, books, yoga and other topics that take her fancy.