WordPress is the world’s favorite choice when it comes to creating a website, and there are various reasons behind its popularity. Among such reasons, ease of use and easier customization stand tall as the most common ones.

Fortunately, for beginners, getting started with WordPress is not rocket science. It is relatively simple to set up a small website or blog with WordPress. And then after you’re set up, you can do many things to personalize or customize your blog—choose a theme of your liking, install plugins for additional functionality, tweak settings, and so on. All said and done, if you are looking for a software that does not give you migraine while trying to setup a website, WordPress is your safest bet!

However, like anything, there are still a few headaches popping up here and there with WordPress for new users. Recently Torque’s editor Michelle got into a conversation with a reader about her particular grievances. She asked the reader to put her issues in email form for the sake of discussion and the reader, novelist Meg Justus, was happy to oblige.

The reason I’m finding self-hosted WordPress so complicated is that it asks me to find a theme first, before I even know what I’m looking for. All the “how to choose a theme” websites I find assume I know far more about what I want out of a theme than I do. Most of the language used to describe themes isn’t language I understand (WordPress’s own “search for a theme” is horrible in this respect – how am I supposed to limit down by function if I don’t understand what the words describing those functions mean?), and apparently choosing the wrong theme can really goof things up. But yet choosing a theme is the first thing a potential user has to do. It feels very backwards.

I’ve just about decided to start with the 2013 theme, just so I can get started. But I’m not happy with doing that, either, because I don’t want my sites to look generic anymore.

On top of that, the theme choice seems to be the tip of the iceberg. The number of choices seems to march off into infinity, and I don’t understand most of them, anyway. I just want to be able to tell it that I want this photo as my header, to have mostly static pages plus the blog, to choose my fonts and my colors, and to mirror the blog posts to my other social media sites. Really not much more than that – except that I’m sure there are other capabilities I’d want to use if I a) knew they existed, or b) could figure out how to find them and make them work. And I’m sure there are other capabilities that I should be using for security and other non-visual reasons.

My current websites are hand-coded using Notepad. This is a huge jump for me.

Before going any further, I suppose it is fair to claim that a migration from hand-coded website to any CMS (not just WordPress) is going to be a tough experience. With a few notable exceptions such as Radiant and MODX, there are not many CMSs that are easy to migrate to from a hand-coded website. Furthermore, for anyone who is inexperienced with WordPress, WordPress.com is the place to begin with, instead of self-hosted WordPress. Yet, the above email does raise particular issues that are certainly worth a thought!

The first part of the email says:

I’m finding self-hosted WordPress so complicated is that it asks me to find a theme first, before I even know what I’m looking for.

Given the crazy number of good (and bad) themes out there, any newcomer to WordPress will have a hard time figuring a way out of this maze. And the newbies are justified in feeling confused—for every good theme out there, there are ten bad themes loaded with shady and spammy code.

Google is not your best friend if you are seeking free WordPress themes, and the official repository can be even more confusion, as stated in the email itself:

…how am I supposed to limit down by function if I don’t understand what the words describing those functions mean?

The same problem applies to plugins as well. As a newcomer, I might know a word or two about the importance of an SEO plugin, but if I look up “seo plugins” in the repository, there are way too many results (and most of them have a four or five star rating). Who is going to tell me that Yoast SEO is probably the best pick? By simply searching the repository, am I really going to land at Contact Form 7 for the contact forms, and not at some sub-standard plugin? Will I not be installing a redundant plugin for the contact form functionality if I already have Jetpack enabled?

Again, with the mind-numbingly high number of affiliate blogs promoting plugins that have better payout rates than functionality, Google betrays me here as well.

The Fallacy of Choice

The problem, however, does not really lie with WordPress. After all, if you’re the world’s most popular software, there will be folks creating addons and plugins for you. You can’t (and shouldn’t) stop that!

In an ideal world, if there are, say, four plugins or themes serving a particular purpose, there will be four distinct groups of users, each opting for a different theme or plugin. Here: 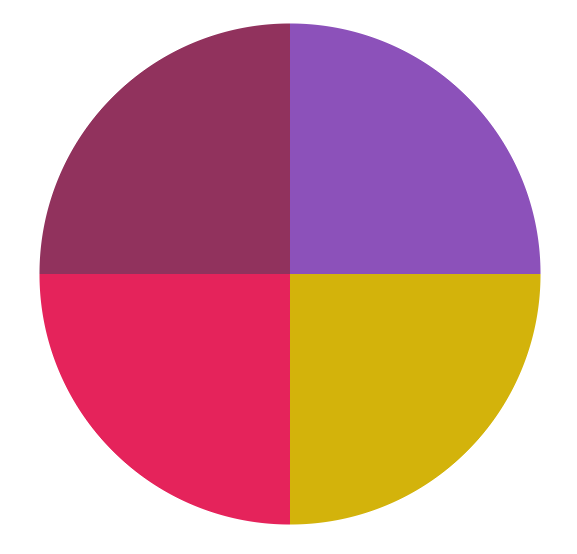 However, in the real world, there is always a separate group of users — this particular group is (a) in the majority; and (b) not really interested in making a choice. The green color, in the pie-chart below: 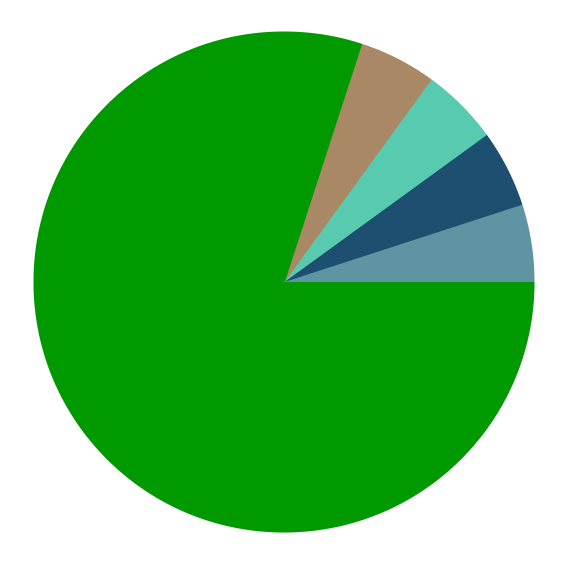 As is obvious, this particular group of users who do not need or wish to make a choice happens to be in the majority. Our reader, Meg Justus, happens to be a member of this very group!

So, going by this logic, am I suggesting that WordPress is doing something wrong? Definitely not. The fact that users such as Meg choose to start with WordPress and not Joomla! or Drupal speaks a lot in favor of WordPress. Once again, when migrating from a non-CMS platform to WordPress, the better place to start is WordPress.com because it eliminates the need for additional plugins and various other features that may not be required by the average user.

Yet, even WordPress.com requires users to choose themes, and to quote the email again:

WordPress’s own “search for a theme” is horrible in this respect – how am I supposed to limit down by function if I don’t understand what the words describing those functions mean?

This is where certain changes might be needed. It will be A+ if the WordPress theme repository offered a potential ‘alternate’ sorting mechanism, where it sorts themes on the basis of genre or type, rather than features. Thus, instead of asking you to select themes in terms of post formats, breadcrumbs, localization ready/not ready, responsive, etc., it should ask you to narrow down themes on the basis of the type of website/blog that you’re running—blog, magazine, portfolio, and so on. Of course, the sort by features setup should not be entirely discarded either—there are many (myself included) who need it.

In fact, there are various premium WordPress theme providers who are using this very mechanism to sort themes in their collection. Here’s WooThemes, for instance:

WordPress has long become the de facto standard when it comes to user-friendly CMSs. While Ghost is indeed projecting itself as a simple blogging tool sans frills, and it might well be a popular project in its own right, I highly doubt it can ever replace self-hosted WordPress as far as the average non-geek user is concerned (the reasons are many, such as the fact that hosting PHP in a shared environment is way easier than hosting Node.js). Thus, it becomes all the more vital for WordPress to ensure that it continues to cater to the needs of its diverse user base, which includes both professional coders as well as absolute newbies.

What do you think of WordPress as far as its ease of use is concerned? In your opinion, how should a novice learn to navigate through the maze of themes and plugins?