In the past few weeks, Bitcoin has been a pretty hot subject in the press, with the recent Mt. Gox disaster and the world’s first Bitcoin ATM’s rolling out. But even with all the controversy surrounding Bitcoin, it may be able to help you as a WordPress user. Bitcoin is becoming a currency of choice for a lot of educated consumers, and you may end up with many customers who prefer it.

Miners use computer algorithms to verify Bitcoin transactions made on the web. These miners are then given new coins, which is how Bitcoins come into circulation. There is a bit of a twist though. As more coins enter the economy, they become harder and harder to mine, thus controlling the currency. If that sounds confusing, don’t worry it is. The best explanation I’ve found so far is in this Mashable video:

So, you ask, what does this have to do with me, your average run of the mill WordPress user? Well, if you sell goods or services on your website, you may want to consider accepting Bitcoin. It’s becoming more and more popular–which is one reason to accept it–but there’s another too. Bitcoin’s payment fees are significantly lower than traditional transactions, meaning more money for you. The problem, of course, is the risk you take on from accepting these coins. That’s where GoCoin comes in.

GoCoin is a service that handles all the headaches surrounding Bitcoin transactions. They accept the payments, exchange the currency and make a direct deposit into your bank account. A few weeks ago, they released an extension for WooCommerce, which allows you to start using their service as a payment gateway. That means you can start accepting Bitcoins tomorrow, without too much of the hassle.

To explain the finer points of the extension and the service, I asked Steve Beauregard, CEO of GoCoin, a few questions about his product.

For those unfamiliar, what is Bitcoin and how can it be help WordPress site owners and content publishers?

Bitcoin is a new crypto-currency that relies on the distributed nature of the internet to validate financial transactions and allows Bitcoin owners to manage their own accounts using ‘wallet’ apps. It’s important for any eCommerce website, as it offers a new method for consumers to pay for goods and services, and offers the benefits of decreased transaction cost and friction—payments can be deposited almost immediately to the merchant. In concrete terms, Bitcoin payment fees are generally 1% or less—compared to 2.5%+ for traditional credit card transactions. Since this is new technology, there is a lot of PR benefit and community support for new eCommerce sites that are adding Bitcoin support for their customers.

Why did you choose WordPress as the first major platform to release a plugin for?

The WordPress community is one of the strongest, most engaged communities of developers and site operators. We knew that helping enable this audience we would have fantastic residual effects, and we’d see a lot of innovation in how the WordPress community could leverage our platform. An overwhelming number of specific requests from our customers helped make the WordPress decision even easier.

How does GoCoin solve the problem of accepting payments on WordPress?

We provide the flexibility to accept Bitcoin and Litecoin, and we will add others as they gain more widespread acceptance and liquidity. What is unique about digital currency payments is the ability to take in lower transaction values without such a big hit. For example, a $1 credit card purchase would typically cost $.32 whereas with GoCoin a $1 transaction would cost $.01. Our plugins integrate easily with existing WordPress payment and eCommerce modules to make accepting these cryptocurrencies as easy, or easier, than similar credit card options. 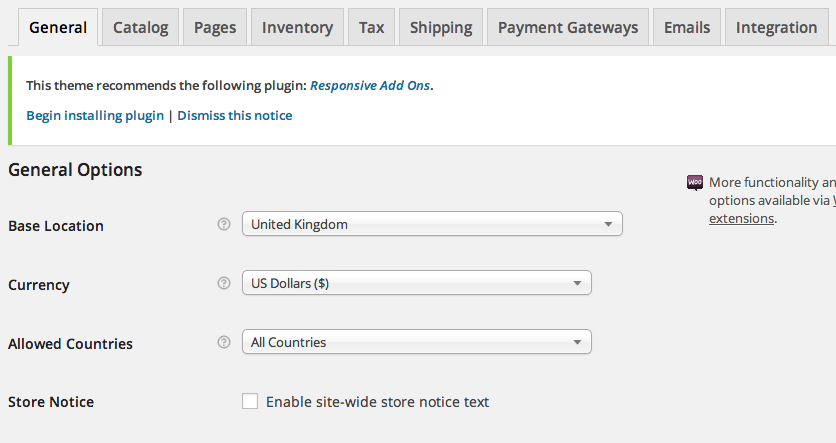 What kind of fees does GoCoin charge for its service? What kind of conversion rates to US Dollars can people expect?

GoCoin: Our fee is a flat 1% and the conversion to USD is included in that fee.

Why did you chose to make GoCoin a WooCommerce extension instead of a standalone plugin?

We think WooCommerce is the most compelling eCommerce solution for WordPress today. Their team has built a really great developer community with the type of early adopters we want to be working with. As we get more experience integrating with WooCommerce, we will likely build alternative integrations including a standalone plugin. But for the time being, we think we can have the greatest impact by making the WooCommerce integration best-in-class.

Are there any developer features for the platforms? Hooks or filters that can be used to extend it’s functionality?

Right now the integration is focused on the checkout and payment verification processes. We are going to be actively monitoring how the community integrates and will be responsive to any and all desires for more integration points that creates more flexibility.

What do you see as the future of GoCoin and WordPress?

We see an expansion to include other coins, and the ability to innovate and offer more products–especially to unbanked global customers that don’t have credit cards. For example, a merchant wouldn’t think of taking a credit card for an order in Nigeria, however, with GoCoin all payments are already received without the possibility of a chargeback, so you can now serve new markets.

The code for this WooCommerce extension is hosted on GitHub if you’d like to take a look. And if you’ve been thinking about the value of Bitcoins, but didn’t know where to get started, then the GoCoin extension might be just the place.

But what do you think? Should WordPress eCommerce users make Bitcoin a priority?