Nowadays, pre-made themes and templates are the norm. Since WordPress makes it so easy to change and modify your theme, more and more users are growing curious about which theme a particular website is using. Generally speaking, the best way to determine this is to perform a code inspection—but not everyone has the time and/or skills to do this. As a result, many browser extensions and online tools are developing ways to help you uncover the theme that’s being employed by any given website.

The latest tool is WhatTheme, launched by Inspired Magazine. Describing itself as “shazam for website templates,” WhatTheme detects WordPress, Ghost, and Shopify themes.

What are the capabilities of WhatTheme?

I first checked WhatTheme to detect the theme being used over at my own blog. 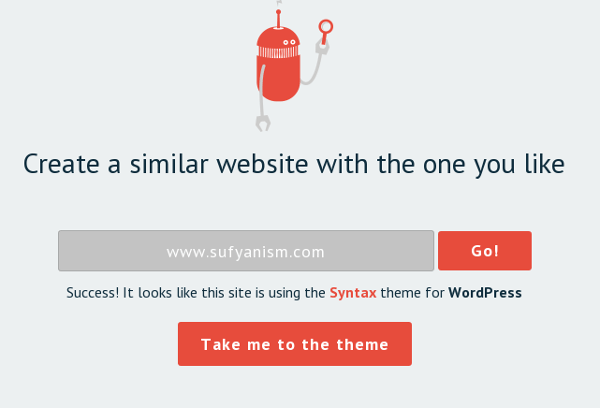 Correcto—it detected Syntax as the theme in use.

So, it’s time to check which theme is being used here at Torque: 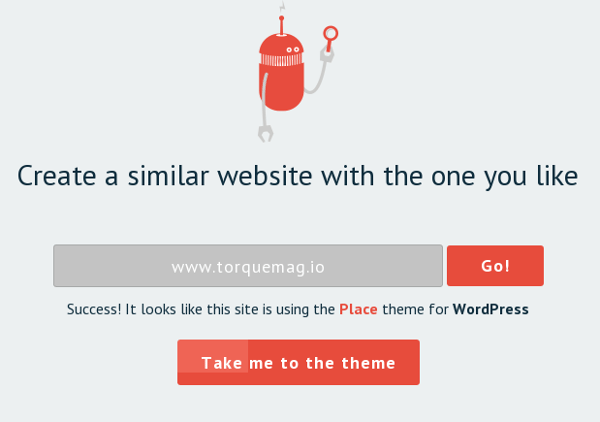 Correct again—modified Place is the theme being used.

Considering the fact that WhatTheme is relatively new, there are bound to be occasional errors or incorrect references. I reached out to Catalin Zorzini—the curator of WhatTheme and editor of Inspired Mag—and he told me that they were working on an algorithm to automatically recommend the most relevant template on the basis of design elements, just in case a website was not using a commercial readymade theme.

The biggest downside that I noticed with WhatTheme is that it mostly refers to the ThemeForest page of the theme or the respective author. While this might be a smart move from a revenue perspective, I would prefer if WhatTheme displayed the actual author URI as well. This shouldn’t be too much of a task—because in all likelihood—WhatTheme does parse the theme’s style.css anyway.

Prior to WhatTheme, I have been using WP Theme Detector for the job, and as of now, WPTD seems better than WhatTheme, mostly because WhatTheme is still in its infancy. However, WhatTheme surely appears to be an interesting tool with a lot of potential, so it might well be worth keeping an eye on!

What do you think of WhatTheme?