A few days back, I received this email from an old client of mine:

I needed some help from you regarding WordPress hosting for my site. I’m right now hosted with Bluehost but my site has been performing very slow and keeps throwing up server error messages (I have attached some screenshots for you to look). When I write to Bluehost support about this they tell me their servers are fine and the problem is at my end. I am using the regular plugins only like Akismet and WP Super Cache.

I get 100-200 visitors in a day max, but my site still takes lot of time to load. Is Bluehost fooling me? Their support staff just points me to their knowledge docs or tells me that it is a problem at my end. Their sales team was very friendly, but the technical support is a nightmare.

I signed up for Bluehost because WordPress recommends them but my experience with Bluehost has not turned out happy.

What do you suggest?”

I took a look at his site—the database and everything seemed to be in order, and there weren’t too many plugins or themes. In fact, there were only 17 posts and the site was 1.5 months old. Additionally, as you could assume, the traffic was quite low as well. It seemed like Bluehost was letting him down.

I receive this type of email, complaining about particular hosting brands, on a regular basis. Most of the time, when I ask users why they signed up with their current host in the first place, the response refers either to one of those “Top 10 Hosting Brands” Google searches, or to this page at WordPress.org.

While the hosting page at WordPress.org does mention that the listings are purely arbitrary, and may or may not be perfect, it also describes the mentioned hosts as “some of the best and brightest of the hosting world.” The hosts? Bluehost, DreamHost and Laughing Squid. I have not had much of an experience with Laughing Squid, but the first two names on that list surely are disappointing.

Obviously, WordPress.org cannot be expected to keep reviewing web hosting providers and updating the list. More importantly, WordPress.org is the place where you get WordPress themes and plugins—hosting advice doesn’t seem to be their area of expertise. But, WordPress.com in itself is a worthy name when it comes to hosting.

However, more often than not, users tend to follow the hosting recommendations over at WordPress.org 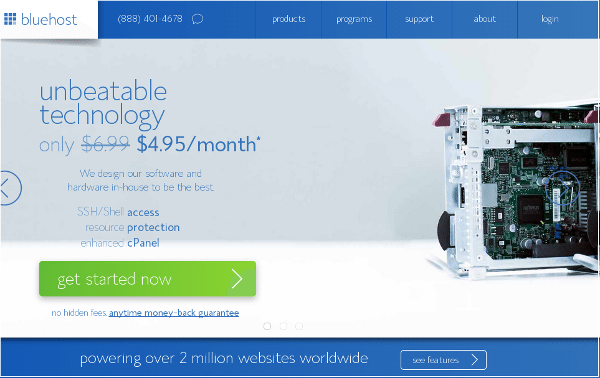 The thing is that among all my clientele/friends/acquaintances, the majority of them are aware of the perils of searching for “best WordPress theme/plugin” on Google, and choose to rely only on trustworthy sources such as reputed premium theme providers and the WordPress.org repository. However, when it comes to web hosting, this awareness serves as a double-edged source. Since they’re trusting the WordPress.org repository for themes/plugins, they also decide to trust WordPress.org for hosting recommendations. Seems pretty much like a matter of common sense, doesn’t it?

However, most of the time, I’ve felt that hosting providers such as Bluehost and DreamHost fail to provide quality service. Their uptime might be solid (99.9%, let’s say), but their servers seem to be too slow. Why? Overselling/overloading.

As a result, users are stuck with a sub-par host. Such service, if I may add, seems to have become a common feature of EIG brands (which Bluehost is, but DreamHost isn’t, by the way). 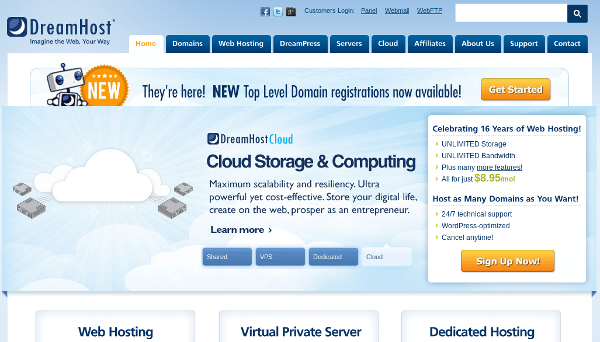 Just to be clear, I have nothing against Endurance International Group (EIG). In fact, I’m a big fan of MOJO Marketplace, and I’ll be super happy to see MOJO become a marketplace as big as (or even bigger than) ThemeForest. I have even written about MOJO Marketplace—here, here, and here. Sadly, when it comes to EIG-owned web hosting firms, I don’t have a positive opinion.

The basic model is that EIG acquires web hosts (generally ones based in North America), and lets them function independently. But, after almost every acquisition, a new trend emerges. Overselling/overloading of shared servers becomes the norm. So, while uptime still remains decent, websites become eerily slow to work with. The support staff—if questioned—just tells users to “optimize” their sites.

This is precisely what happens over at Bluehost, and what is currently happening at HostGator, right after ‘Gator was purchased by EIG. Even more so, 2 of my favorite budget hosting providers—A Small Orange and HostNine—were acquired by EIG. Shortly after, I saw a fall in performance for some of the websites that I had hosted with them.

With HostNine, I still retain some of my clients’ sites at their Singapore and Europe servers without any fall in performance. I suppose the overcrowding happens mostly on U.S. servers, or maybe it is just a matter of time before I’m forced to migrate.

Most EIG hosts tend to have a lot of favorable reviews on the internet due to their high payout rate with affiliate commissions. Sad, but true.

But, affiliate links and commission rates are not a downside by any means. After all, in an extremely saturated market of web hosting, competitors need to adopt the affiliate referrals strategy. However, problems arise when there is a greater investment in affiliate program payouts and less in improving the quality of service. So, the affiliate programs of Site5 and even WP Engine are acceptable and even praiseworthy—simply because they’re able to live up to the expectations and deliver in terms of quality. 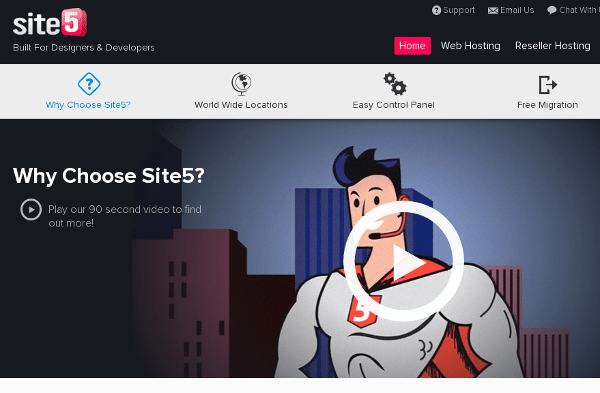 That being said, DreamHost is not an EIG-owned brand, nor are they intending to be one. Yet, their performance is only slightly better. Their support staff surely seems friendly, but their servers aren’t the best in the league.

Now, to answer this question: “Oh come on! What more do you expect from $4 per month web hosting?”

If I may add, I have had a good deal of experience with web hosts as a customer, an agency, an affiliate partner, a reseller, and a co-owner. I’ve seen good hosts, bad hosts, ugly hosts, nice hosts, and many in between.

While this may seem far-fetched, I have a list of prerequisites that I expect every web host to provide, regardless to the pricing of their hosting:

It doesn’t matter if I’m on a dedicated server at $200 per month, or a shared server at $2 per month, 24 x 7 x 365 support is absolutely mandatory. While sales, billing, and abuse support can be provided only during the weekdays, technical support is necessary around the clock—even if it’s a weekend or Christmas Eve. I might be mistaken here, but Pressable, a worthy name when it comes to managed WordPress hosting, does not seem to meet this criteria. Each time I (or even one of my friends) have shot a ticket on a weekend, the reply doesn’t come until Monday. Unacceptable in my book—the internet takes no days off, and if my site dies on Saturday morning, I don’t want to wait until Monday to have it fixed.

If you’re overselling your servers, just say so! Quit the “We are not really overselling, we just have a Fair Usage Limit which is horribly low and your site will be throttled every second day” rhetoric. Similarly, if you’re understaffed on any given day/hour, say so! If you’re outsourcing your support staff, admit it. People will find out anyway, so there’s no point denying it.

I have tried multiple web hosts and had a wonderful experience with them. The list is long, and includes some known and unknown names.

Here is a brief remark about some of my most loved ones:

Pretty good with shared hosting, and offers server locations in Amsterdam and Singapore, alongside the U.S.

A relatively newer firm, but I gave their $25 (approximately) per year plan a spin, and I have been very pleased with the performance. More importantly, the Live Chat is almost always at hand, even though BigScoots do not seem to have a big crew.

Based in Canada, offers SSD storage and DDoS protection for $4.95 per month.

Owing to their geolocated servers and mind-blowing support, Site5 have always been my preferred web hosting firm. That said, I hate their custom admin panel theme.

Their support, though always at hand, is not much to talk about. But their servers and uptime records are terrific.

They beat the competition in almost everything. Too bad they’re a WordPress-only host, so I cannot use them for my RoR projects and commercial ventures.

I currently host four of my sites with StableHost, each on a $3.95 per month plan—the uptime is good, the servers are fast, the Tier 1 support is generally confusing, and sometimes annoying, but tickets are resolved within minutes if you escalate them to the higher tier staff. They have good uptime and hardware which means I don’t really have to create tickets for everything. I also have a comped site with WP Engine, and the performance is exemplary. Similarly, I currently use Site5 too, and their support staff is outright amazing! I have some friends who rely on Eleven2 and MediaTemple, and are pleased with both (though after GoDaddy’s acquisition of MT, you can never be sure).

The point behind mentioning all these hosts is just to state that there are good web hosts out there. The “if it’s cheap, it’s crap” logic doesn’t really apply when it comes to web hosting. Of course, WP Engine and Site5 are on the pricey side if you compare them to the rest of the hosts on my list (and are miles ahead in terms of service too), but StableHost, HawkHost, CrocWeb and BigScoots—all charge under $5 per month for shared hosting, and provide 24×7 support with good performance. See? Cheap pricing doesn’t have to mean cheap service. Beyond that, StableHost, WebHostingBuzz and Site5 all oversell their servers, but they manage the job very well. Once again, overselling in shared hosting isn’t really bad if you know how to do it the right way.

I once asked some of my friends who run medium-to-large-sized hosting businesses (none have been mentioned in this article) why they didn’t emailed WordPress.org to include their name(s) on the hosting page? Most of them said they have, but WordPress.org doesn’t respond. This isn’t a surprise, as WordPress.org has already stated: “We’re not currently soliciting new listings for this page, which we want to keep small and focused […].”

That said, it’s obviously not possible to review every host under the sun and make a list of the “best.” Folks who work in the web hosting industry can do that, but the WordPress team cannot and should not. More importantly, listing managed WordPress hosts is unlikely—it will set the wrong trend, because if you list WP Engine and Pagely, and miss out Pressable and Synthesis, what criterion have you followed?

The bottom line is that when giving a list of three recommended web hosts, one can easily do better than the list on WordPress.org.

What do you think? If you were to edit the Hosting page at WP.org, which hosts would you recommend?