WordPress 3.8—code name Parker— was released on December 12 of last year, and surprised many as it introduced a more sophisticated back end UI with updated typography. Overall, the update was a success, and the new, customizable UI was a hit.

The newest iteration, WordPress 3.9, has been officially announced to be released on April 16 2014. Although 3.9 isn’t set to usher in any drastic changes like its predecessor, it does introduce a fair amount of new features that are likely to be well-received by the WordPress community.

Let’s take a quick look at exactly what the new version entails.

First off, once you update to the beta, you’ll see the new about page. It reads,

Next, hit up Appearance > Themes > Add New, and you’ll be surprised at the new interface. It now shows a “featured” section—a selection of a hand-picked free WordPress themes.

When you click on the preview for any theme, you’ll be able to see the theme preview (not tailored to your site, WordPress uses the theme preview uploaded by the developer), without having to redirect to another page. When you’re finished, just close the preview to return to the list of themes. Alternatively, you can install the theme right away. 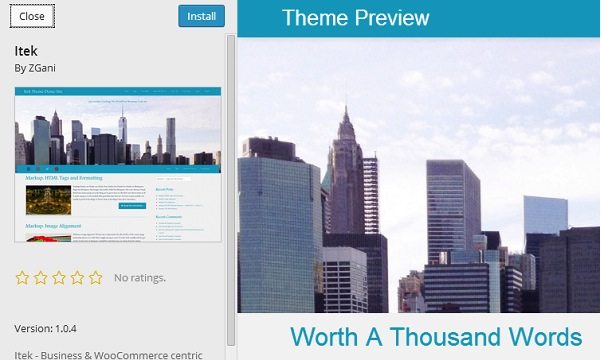 The new search loads relevant themes as you type in your keywords. No need to press enter—it all happens on the very same page, no refresh.

The search filters, of course, are still there, just tucked away underneath a “feature filter.” 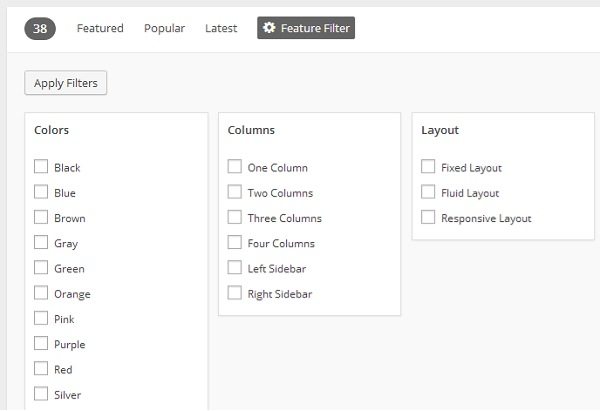 Start typing inside the WordPress post editor, and you’ll notice that there is a new sans serif font— versus the current serif Georgia. There’s also a few new features in the kitchen sink, now renamed “Toolbar Toogle.” The “Paste from Word” option has now been removed because WordPress has progressed beyond the point of needing it.

In between the blockquote and align-left buttons, there’s a new horizontal dash. Clicking on it will allow you to insert a horizontal divider between your text—a very nice feature to have. Here’s what that button looks like in the post editor, and what the divider looks like in a post preview.

The text color chooser in the post editor has been changed—it no longer allows you to create and select a custom color, which appears to be a bit of a strange choice from the core developers.

Probably the most important change is the new drag and drop media functionality—it’s definitely one that WordPress users have been waiting for. There’s no need to click on the “Add Media” button any more, just drag and drop images from your computer’s hard drive to the post editor.

Furthermore, image sizes are now much easier to edit—just hold onto a corner, and drag! 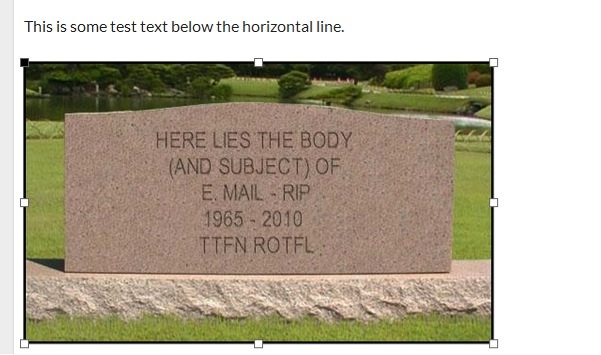 Any galleries you include can be previewed inside the post editor. In the old version, the only gallery preview viewable in the post editor was a blue, empty box. 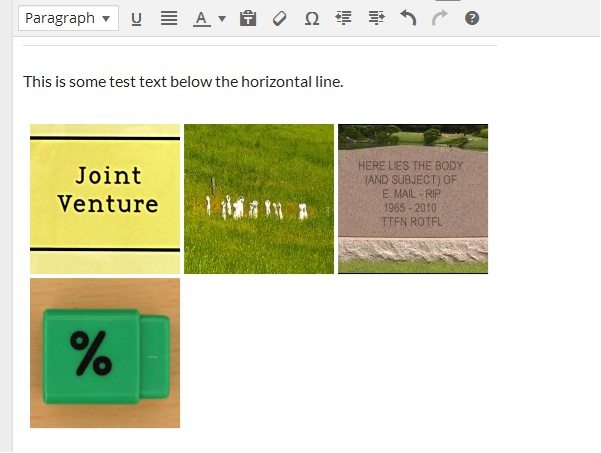 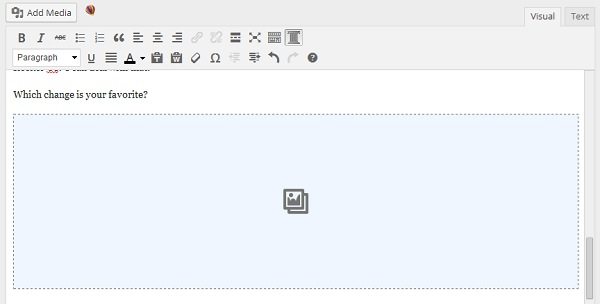 The live preview has been almost completely redone, with significant changes for the better. You can now upload a header image and preview it—all within the customizer. 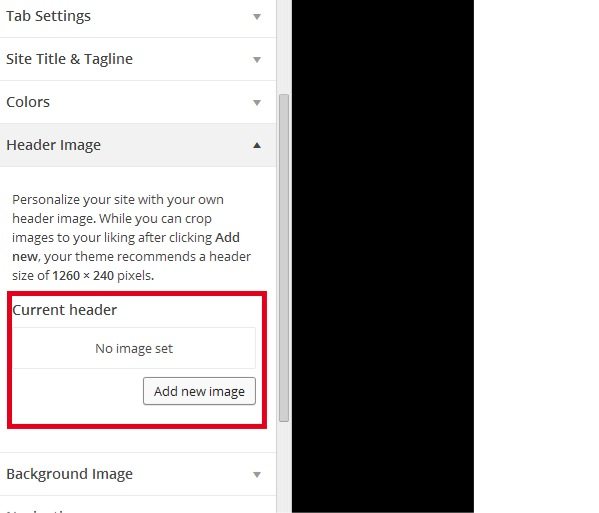 You can also preview widgets live in the different widgetized areas.

WordPress 3.9 is definitely changing WordPress for the better. Easier drag and drop media and image editing? Live widget previews? A sleeker UI? I can deal with that.

Jonathan John is a total WordPress fan and freelance blogger for hire. He loves comparing WordPress plugins and themes, sharing the latest Automattic news, and helping non-techies get the most out of the world’s favorite CMS.