TechCrunch Disrupt kicked off yesterday at the Manhattan Center in Midtown New York. The day was packed full of techie goodness. 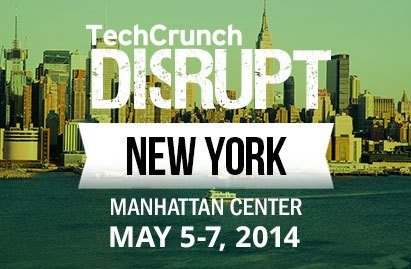 At the risk of revealing my own ignorance, I’m going to share the top 5 things I learned on Day 1.

1) Bitcoin is based on something called a block chain architecture, which allows for trustless transactional activity.

Right now you need someone to be the arbiter of identity—either Facebook, Twitter, or Google—somebody who developers can use for login and other information sharing. I think you could do the same thing with a block-chain architecture, where there is no third party, there is no clearinghouse of identity information.

The idea behind the block chain is that everyone in the network validates transactions (so it’s a decentralized network), rather than relying on a third party—like a central bank. Still confused? Check out this previous Torque post by Jay Hoffman, which has a handy explanational video.

2) More than $100 million was pledged to board games on Kickstarter in the past year.

That’s more than the amount pledged for video games! 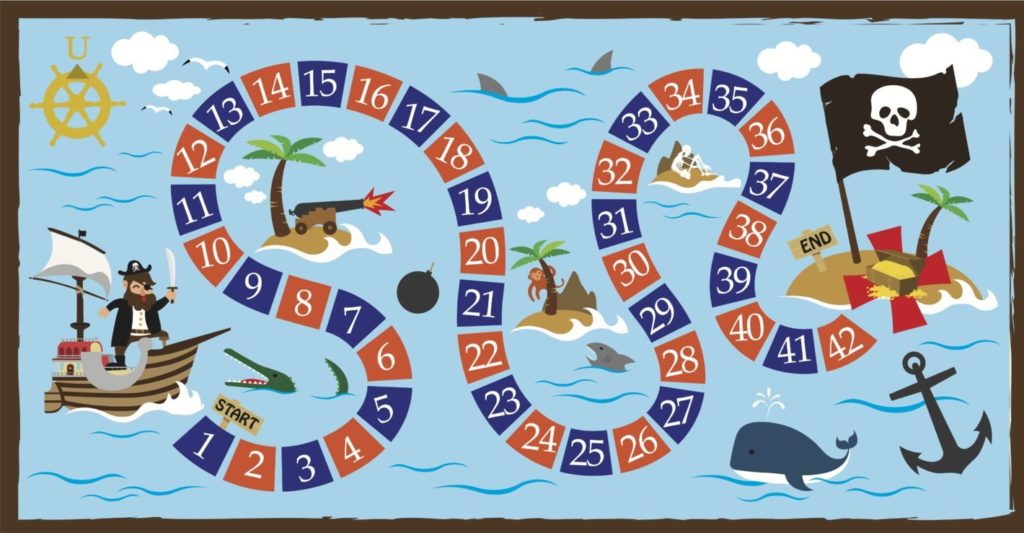 Kickstarter celebrated their 5th anniversary with a weekend block party at their headquarters in Brooklyn. CEO and Co-founder Yancey Strickler gave some powerful reflections on the importance of funding artistic and cultural projects:

I think that art and culture are not a frivolous thing. I think they help us shape the world and comment on it.

3) Not everybody thinks GenY is a generation of lazy, entitled derelicts.

VICE believes that GenY is “absolutely consumed with news” but that our generation has been disenfranchised by traditional news sources.

Co-founder and CEO Shane Smith doesn’t think of himself as a journalist, nor does he want to be a journalist. He said:

I think if you look at the failure of journalism in the modern age, then I don’t want to be called a journalist.

We were shown a few videos from VICE, which really does seem to be adopting the approach of reporting real news—that also punches you in the face.

4) Virtual Reality will soon be so crazy-good that we’ll think our friends’ virtual avatars are real.

But looking at where VR is going to go in the next 10 years, it’s going to be a lot about face-to-face communication and social.

Iribe was asked about Google Glass and whether he considers it a competitor to the Oculus Rift headset. Iribe noted that the Google Glass has a “bit of a Segway feel to it.”

The audience was asked if they would feel comfortable wearing a Google Glass all the time in public. From where I was sitting, it looked like nobody raised their hand.

5) The meaning of the word bloviation, which according to Merriam-Webster means: to speak or write verbosely and windily. 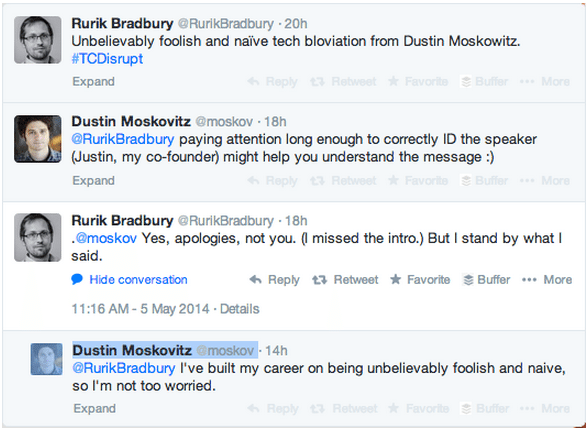 The word bloviation was introduced to me by Rurik Bradbury, in reference to a rather lofty presentation given by Justin Rosenstein of Asana about how you can change the world and still make money. (Rurik mistakenly ID’d the speaker as Justin’s co-founder Dustin Moskovitz).

Major lesson from Justin’s presentation? Know your audience. His message would have been significantly more well received by a less cynical crowd. High Schoolers perhaps.

2 other things I learned during the Startup Battlefield pitches: 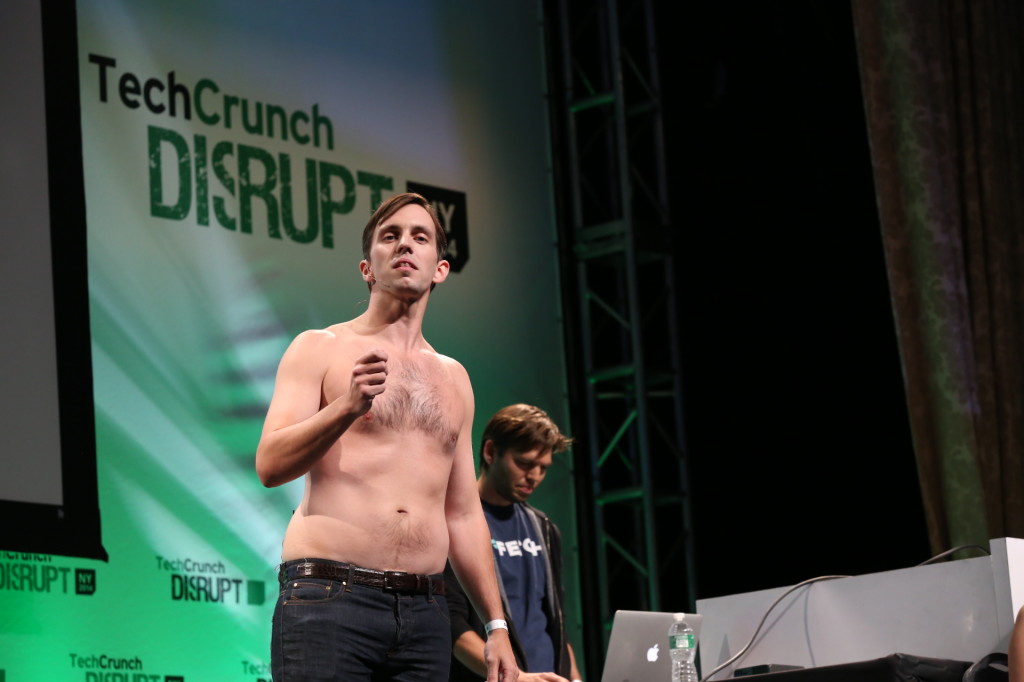 Stay tuned for another recap after Day 2. You can also follow our live updates on @TheTorqueMag.