Let’s be honest, Google Glass looks a little ridiculous. Having a small computer mounted to the side of your head doesn’t exactly scream chic.

Since Glass made its debut back in 2012—granting “Explorers,” a group of individuals selected by Google, the privilege to wear Glass at the cost of $1500—sentiments towards the gadget have been highly polarized.

Last month, Google opened up its Explorer Program so that anyone in the US (and since Monday a select few countries outside the US) can buy Glass. However, in order for society to widely accept Glass into their lives, the gadget must escape the social stigma of being a ridiculous-looking nerdy gadget—a reputation that has recently been highlighted by Jason Jones on an episode of The Daily Show.

Google has partnered with designer Diane von Furstenberg to create fashionable new frames for Glass. Making Glass a fashion statement, rather than a futuristic gadget, may help the device gain greater social acceptance, and eventually lead to its widespread adoption.

On Monday, DVF Made for Glass, a limited edition version of Google’s revolutionary smart eyewear, was made available on NET-A-PORTER and google.com/glass

With the sophisticated style of DVF frames, combined with the technological capabilities of Glass, users can record videos, take photos, update social media, and navigate the cities, all while looking incredibly chic.

The Diane von Furstenberg frames come in a range of different styles and colors, so that you can find a pair that best compliments your personal style.

These particular frames are priced at $1800, and come with a pair of blue shades (as seen below). 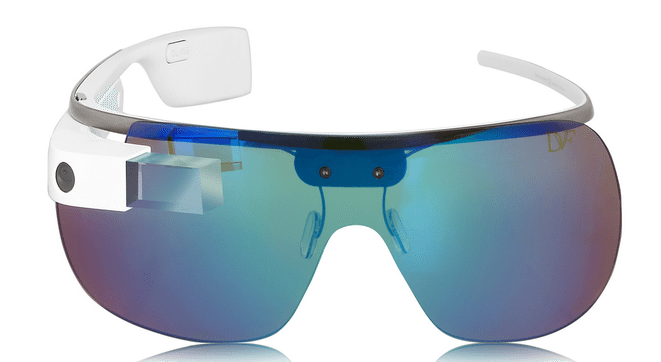 This isn’t Glass’s first brush with the fashion industry. In fact, just last year Glass was featured in Vogue, where it was spotlighted as part of a “Futuristic Vision of Fashion.” 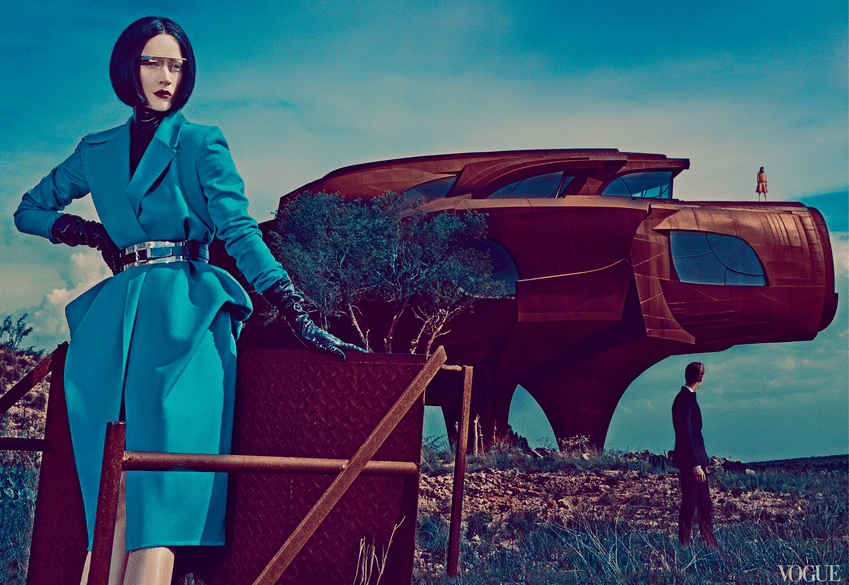 This could be why, even after being featured in Vogue, Glass was still considered ridiculous rather than fashionable. That’s not to say that high fashion isn’t sometimes a bit ridiculous.

Since then, Glass has been featured in fashion shows, and worn by celebrities at various award ceremonies.

As with all fashion trends, it seems like Glass is making the transition from high fashion to mainstream fashion. But the difference between Glass and many other fashion items is its technological capabilities. As more and more wearable technologies become available, we’ll be demanding more form and more function from our accessories.

With the introduction of Diane von Furstenberg designed frames, Glass is becoming more, well, wearable. And according to TechCrunch, Luxottica, Ray-Ban, and Oakley-branded frames are also in the works. However, the steep cost may be still deter mainstream adoption, making it an elite accessory.

I suspect that in the future there will not only be more designer Glass options, but the cost will become more reasonable. Up to now, I personally have found the appearance of Glass to be awkward. However, I might be persuaded to try DVF Made for Glass, as the new design gives Glass a chic and sophisticated air (although I’m not sure about the ~$1,800 price tag).

By making Glass next season’s must-have fashion accessory, perhaps Google can turn around Glass’s dorky image. Then again, perhaps not.

What do you think of the new Diane von Furstenberg frames?

Marie Dodson is the assistant editor at Torque. She graduated from Cornell University with a degree in Biology and Society. She enjoys wine, good books, and travel.