A Jetsons-esque future where your wristwatch can make calls, unlock your house, and track your biometrics isn’t too far away. Wearable technology is making a strong push to the forefront of tech markets.

A recent Nielsen study shows that the public is starting to gain awareness of wearable technology:

The majority of wearables owners are young, with nearly half (48%) between 18-34 years old, and men and women are equally likely to don wearable tech.

This demographic is the same market that influences developing trends and generally predicts future market growth.

Wearable technology provides easy integration for location-based apps, which are already experiencing a massive rise in popularity. Uniting wearables and technology gives many check-in based apps room to grow in functionality. So, it’s possible that a fully-integrated approach to “checking in” could be the future of location-based databases.

Seeing a real-time display of restaurant profiles (reviews, history, and menus) provides users with an uninterrupted view of the world. Imagine you’re at a restaurant, and FourSquare and Yelp automatically record relevant metrics like seating time, serving time, and quick audio reviews after the meal. 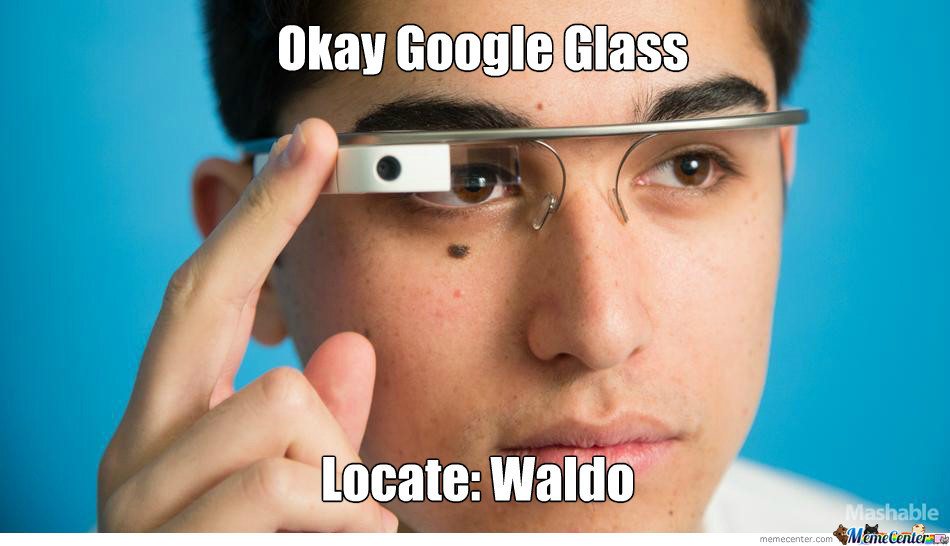 In addition to location-based services, biometrics is one of the most exciting facets within the new wearable tech trend. Google is even rumored to be exploring the possibility of a “smart” contact lens. The lens would monitor vitals with a glucose sensor, and provide early detection for different medical conditions with its built in LED alert system.

Wearables act as an extension of your body, so you don’t have to disengage with the world by taking your mobile device out of your pocket. Similar to the rise of Siri and Google voice commands, new wearable technologies will provide users with a real-time link to developing trends and events. As you experience life, so does your wearable device.

As Astro Teller, Captain of Moonshots at Google, put it at TechCrunch Disrupt New York 2014:

We’re excited about how technology can be used to get technology out of the way.

Combining tech with clothing to create “smart clothes” is the way of the future, however it is important to unite them in a singular polished product. A seamless integration, pun intended, removes many of the steps involved with current devices. This combination provides the user with a truly hands-free experience.

With the rise of location-based services, there are growing concerns regarding potential privacy intrusions. It’s possible for these services to be taken advantage of, as seen in the NSA PRISM debacle of 2013.

However, the aforementioned Nielsen Study suggests that over 50% of the public is accepting of wearable technology because they see it as tool for monitoring health, rather than a geolocation device. As of today, there haven’t been any privacy breaches in the wearable tech marketplace, which hopefully indicates a trend towards transparent data collection.

At this stage, the biggest barrier to widespread adoption isn’t necessarily privacy. It’s fashion. Just look at the reactions to people wearing Google Glass. But not to worry, the 1980s proved that we can be convinced to wear almost anything.

Fashion aside, the possibilities associated with wearable technology are endless. Imagine being able to monitor traffic, track your health vitals, and have a hands-free conversation on your smartwatch, all while driving to work each morning.

What do you think about wearable technology? Share your thoughts in the comments below!

John Stewart is a marketing intern for WP Engine. He’s a Communication Studies major with a minor in English at TCU, and is a rock climbing and music enthusiast.