If you’re new to Twitter, or you’re still riding the social media struggle bus, you may have come across a strange highlighted link with a number sign in the front of it. That strange highlighted word is known a “hashtag.” Quite simply, a hashtag, as defined by Twitter, is a “# before a relevant keyword or phrase in a Tweet to categorize that Tweet and help it show more easily in a Twitter Search.”

By clicking on a hashtag, you can view other tweets with the respective hashtag embedded in it. This provides a simplified and convenient way to view conversations and opinions people have on a topic. If you’ve never used hashtags in a tweet before, you may be a bit hesitant to adopt them into your Twitter routine. For the most part, they are fairly simple to use and self explanatory.

Hashtags are extremely useful for many reasons. I often utilize hashtags as a search tool for news—I’ve found that it’s usually easier to search Twitter and hashtags for the latest update on a popular news topic, for example the World Cup. When I was unable to watch a game, I would keep up with highlights and scores on Twitter through the #WorldCup hashtag feed. Twitter added a special features to this and updated this feed to show the upcoming games as well as live scores, team feeds, convenient page links, live updates, and more.

Before you start adding hashtags to your tweets, you need to be conscientious of a few best practices and proper hashtag “etiquette.”

When to Use Hashtags 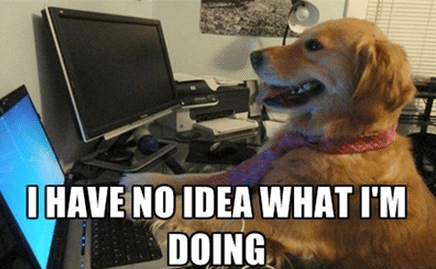 Hashtags have many pragmatic uses such as tweeting during events, engaging with a community, or spreading information about current news. Other uses of hashtags can be directional. “#FF,”or Follow Friday, is a hashtag that is used to suggest new Twitter users for your fans to follow, or to shoutout your favorite users. Another use of hashtags is for “word games” to join in on, like changing the name of a movie or song with a different phrase or word, or a posting about your favorite kind of pizza.

We’ve all seen them. The tweets with 7 different hashtags embedded in them. Too many hashtags will clutter up your tweet and waste precious character space, or worse—cause it to look like spam. However, there are benefits to using more than one hashtag in a tweet—like reaching multiple search feeds. For example, If you’re tweeting at or about an event, there may also be several different names and hashtags used for the event. Use hashtags in moderation if you’re going to include a bundle of them.

Don’t be that person. It’s understandable if you’re at a convention or tweeting about a news event and sending out multiple tweets about the topic. There is no need to include a unique hashtag to each one of your posts. Hashtags aren’t a bad thing to use, especially if you want to expand your reach, but they can be easily overused. Save excessive hashtagging for circumstances where you will need to be frequently tweeting about event or news occurrences.

Don’t Make Your Hashtags Too Long

It’s good to use a hashtag that’s very descriptive and to the point, but a hashtag that is too long can look like a jumble of letters or even be too confusing to read.

Can I Make My Own Hashtag?

Of course! This is especially useful if you’re running a special promotion or event for your brand. You can make up your own hashtag and incorporate it into your tweets to help bolster a promotion or event. It’s also an easy way to keep track of feedback and interactions from an event or promotion. It is possible for your hashtag to become popular and grow among twitter feeds, but don’t expect your hashtag to become a worldwide trending topic. These trends are determined by a Twitter algorithm, which identifies topics that are extremely and immediately popular.

Treat hashtags with the utmost care and caution. Hashtags will increase your tweet’s visibility and allow you to reach a larger audience. If you practice proper “hashtag etiquette,” your tweets as well as your brand will be noticed as a valid, knowledgeable source.

Any questions?! Share your thoughts in the comments below!

Emma Zwirko is a social media manager at WP Engine. She hails from the East Coast of the US and enjoys video games, frozen pizza, and cat GIFs. You can follow Emma on Twitter @WPE_Emma.