Arthur C. Clarke’s Third Law, found in his work, Hazards of Prophecy, states “Any sufficiently advanced technology is indistinguishable from magic.” I suppose this makes the modern-day programmer something of a wizard. The things programmers are able to craft in our present day astound to such a degree that I often find myself believing that we’re living in the future. Every day is filled with such technological wonder that the quantum-leap level breakthrough has become as common as the nightly news.

One of the under-appreciated aspects of the modern programmer is how many different hats they must to wear in order to do their job effectively. The programmer must channel the three great minds—the philosopher, the architect, and the artist—to blend the mechanical and liberal arts. Programmers make magic in our mundane world, and we should do a better job of recognizing that.

At the root of the human heart is a desire to create, and right now—at the height of the internet age—programmers have the ability to ask the questions: What do we need, and why do we need it?

Some programmers go into their field because they want to make a difference and make life better and easier for others. One of the best examples of this can be  found in this TED Talk about bionics. Programmers—working with elector-machinists—said, “Technology isn’t good enough to heal the disabled and it absolutely should be.” Not because we need to be ambulatory, but because human beings deserve to be whole. They believed that no matter the physical disabilities we are born with, or given through life’s hard circumstances, the ability to walk, run, and even dance is a right, not a privilege.

Through programs like  bio-chemical mapping software, programmers are asking the hard questions about what it means to be human and, more importantly, how we can remove the limitations we once thought unconquerable. Socrates, Aristotle, and Plato pondered what it means to be human, but—in the modern age—programmers are helping us define humanity for ourselves. They have refined that human definition.

Programmers, as philosophers, have altered the age-old question of, “who are we?” to a technological declaration: “This is who we are, and this is who we can be.”

Peter of Montereau, Jean de Chelles, Jean-Baptiste-Antoine Lassus crafted the Cathedral Notre-Dame de Paris, and it is considered one of the greatest structures of the Gothic age of architecture. These three names—because of this accomplishment—are etched into the annals of history. 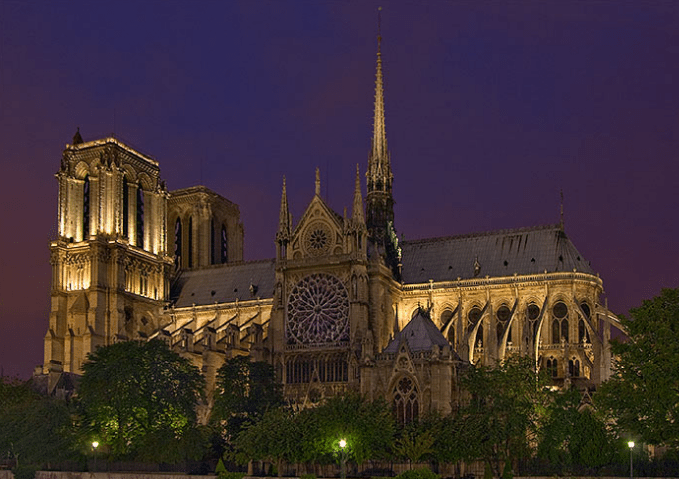 This is a screen capture from within the third-person adventure game Carver’s team created. 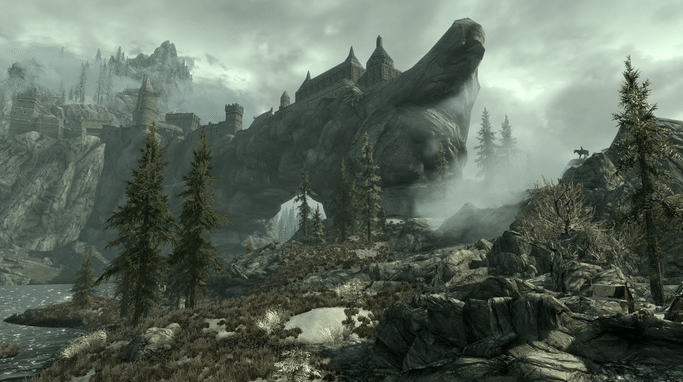 Can you honestly say one is more grand than the other?

The architect of Skyrim decides which materials to use. Then, the materials are procured and the structure built. The programmer builds the brick, mortar, and marble from an empty, black coding screen, giving them appropriate weight and strength. Then after crafting the materials, they begin to build, not just archways and halls, but entire worlds.

And while you might use the argument of, “Well, one of them is real, and the other is fake,” I’d suggest you remember that just because a thing is intangible, doesn’t mean it isn’t real. In this specific case of the programmer’s merits as an architect, we should remember that millions of people have visited Skyrim, and found themselves lost for thousands of hours in a world teeming with its own specific geography, flora, fauna, and cultures—all spirited together by programmers who built an entire universe to be explored.

And their names will never be placed in the chronicle of human history.

Without exception, they possess a very deep and intimate knowledge of their tools. Be it the editor, the compiler, or the framework, they know the ins and outs of its features and they navigate efficiently. They use a much wider array of features because they know exactly how the tools work.

This is just another reason the programmer is under appreciated—because we rarely take into consideration that they are building constructs both colossal and minute, which give our world a higher degree of both functionality and beauty.

G.K. Chesterton in, In Defense of Heraldry, wrote, “There is a road from the eye to the heart that does not go through the intellect.”

Programs are not crude, unshapely tools by which we accomplish marvelous feats, rather many of them are beautiful and ergonomic in design and appearance. Some are beautiful in their simplicity like Rainy Mood, which provides us the soothing sound of rainfall to those in desert climates. Others find majesty in their complexity, like Chatbot Eugene Goostman, an artificial intelligence, who arguably just passed one of the great technological milestones of humanity, creating a form of life outside itself.

From rainfall to the parched heart and intellect, to the unthinking drone; these are the works of the programmer, and they are absolutely incredible.

When we as users find a program that is seamless in use, and beautiful in design we take it for granted. In truth, we enjoin it. We demand master craftsmanship from our software and give little thanks when it is accomplished. Programmers are required to understand what we need in a program, but more importantly, they need to understand the users’ expectations of both an immaculate and aesthetic software.

In that way, programmers are modern Caravaggios who build marvelous wonders, beautiful in scope, and all that hard work is hidden behind the veil of the program when it is running correctly. Millions of lines of code, all syncing together to craft one glorious piece of software that serves humanity as art in motion.

Give Thanks to the Programmer

Programmers are changing the world every day—your world and mine.

So the next time you fire up your desktop, iPad, or XboxOne to indulge yourself in the latest app or game, take a minute to look at the names of the people who gave you that wonder—because they conjured it out of thin air so that you could revel in its glory.

In our time, the programmer is mostly an unsung hero. What are some of the ways we can thank members of this profession? Share your thoughts in the comments!