As many of you I’m a huge user of RSS – I still think there’s something powerful about that protocol and unless something dramatic changes I don’t see it leaving us anytime soon.

Unfortunately, the applications that we use to read RSS seem to not stick around too long, the biggest and most recent example being Google Reader. I’ve already chosen my replacement for starters, which you can read about here: Feedly.

But I’m not terribly happy with it although it does work so I’m still looking out for other alternatives and possibilities and I found one that got me excited the other day: 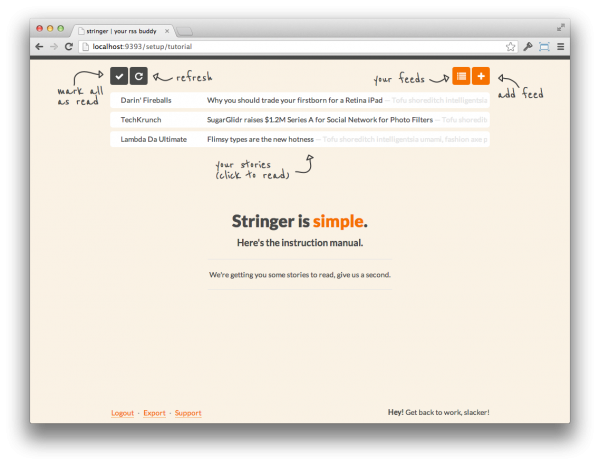 Stringer is open source, so that’s a great place to start. It’s been dubbed the “anti-social” reader because there are neither any external dependencies (a good thing) and no way to really share your content.

It’s just for you.

You get a few keyboard shortcuts to speed things up but that’s about it. It’s built in Ruby and built on Sinatra using PostgreSQL for a database. Easily deploy it via Heroku (which I’m using for another small app) and that’s all you need. 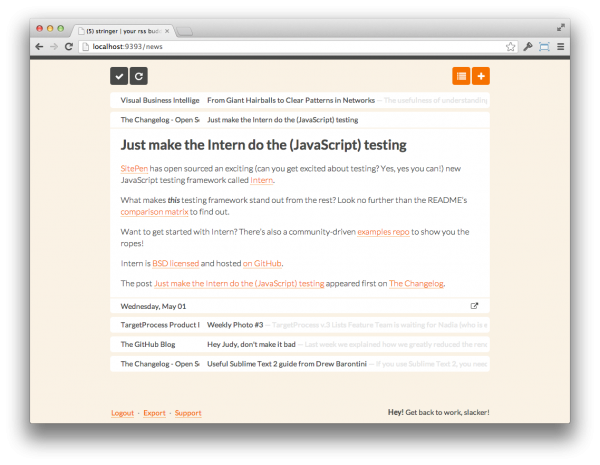 The project is released under MIT licensed and hosted on GitHub, so you can get started quickly. 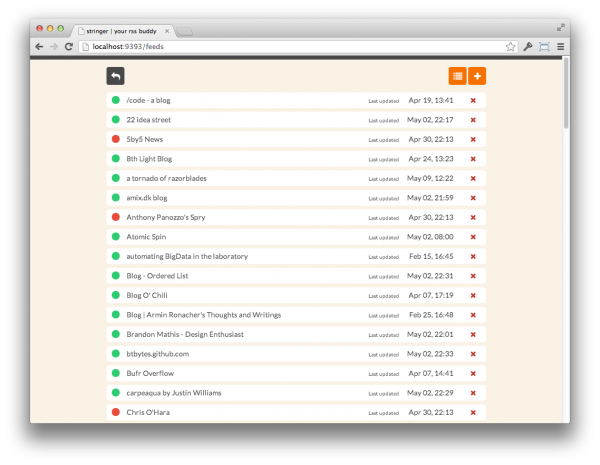 I’m going to boot this up this weekend and if I have some time I’ll write a review of it after I use it for some time. I like the idea of having my own system so that I never have to worry about another system being down or being sunset.

What about you? How have your searches for RSS Reader replacements been?