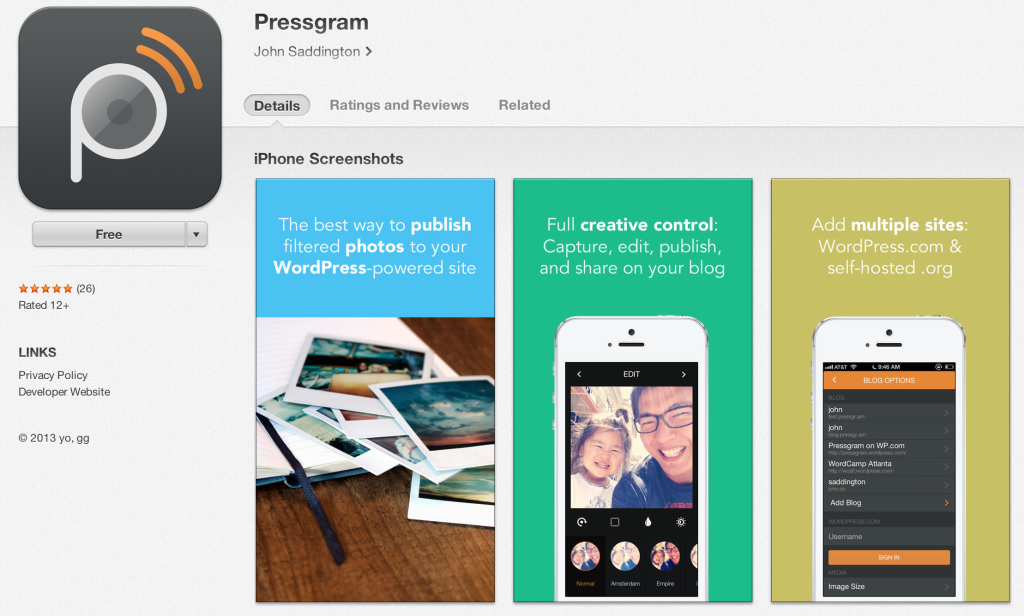 Described simply as “the best way to filter and publish photos to your WordPress powered site,” Pressgram is now available for download, for free, on iTunes. 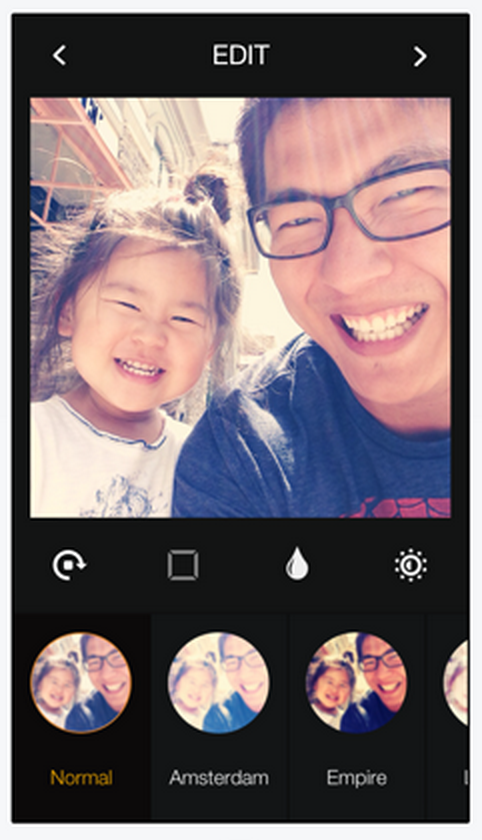 But what exactly is Pressgram and why would we want to use it instead of…say…Instagram?

For starters, Pressgram is more philosophically aligned with the core values of the WordPress community.

The target users for Pressgram are publishers. Creative control lies solely in the hands of the user. Publishers own —and always will own—all of their images. There is no fine print and no big company behind Pressgram to contend with.

In other words, Those savvy enough to be perturbed by Instagram/Facebook’s terms of service will find solace in Pressgram’s mission.

So who’s behind it?

John Saddington, former 8BIT and WP Daily mastermind, reached his goal on Kickstarter (surpassed it, actually) and built Pressgram specifically with WordPress and its users in mind.

Where did the idea come from?

Disillusioned by Instagram’s sketchy and changing terms of service, John Saddington deleted his account. But he missed the easy filtering capabilities. So he started a new account, with no friends or followers, just to take advantage of its filters. He found that sharing these filtered images on WordPress became a double-digit step process, so he decided to do something about it. 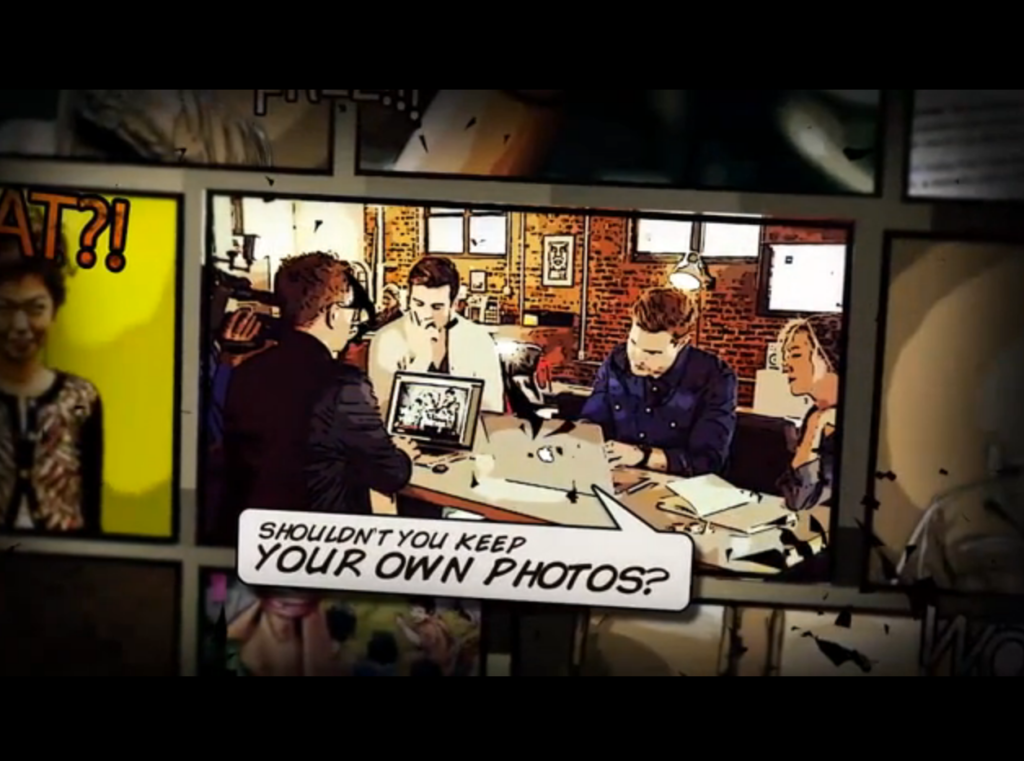 This is ridiculous; I’m spending so much time to just get an image out to the web, because I want more creative control. There must be a better way.

So he began conceptualizing the idea of combining the image sharing features with filtering, with WordPress.

Though the software itself is not open source, Pressgram currently makes use of open source photo filters. Things could change, though. John explains his choices and his future plans for Pressgram in this interesting and informative interview on WP Tavern.

What do you think? Are you going to try Pressgram?