You are in a large crowd of hundreds of thousands of people. You’re given a super-powered megaphone and an abnormally large soap box. You are limited to a few seconds and a few sentences maximum. What do you say?

Over the past 5 years, online marketing through social media has become a powerful advertising method. People frequently find themselves needing to utilize all social media platforms to advertise marketing proposals (e.g. charity campaigns, news alerts, or crowdfunding projects) to gain the much needed support and awareness.

“Signal boosting” is a way to increase awareness and get other people to help. It can be loosely defined as amplifying a signal to attract more attention to a cause or campaign. In short, it’s a way to get people to “help spread the word.” The phrase “signal boost” is often used within the post as a call-to-action to encourage others to help. 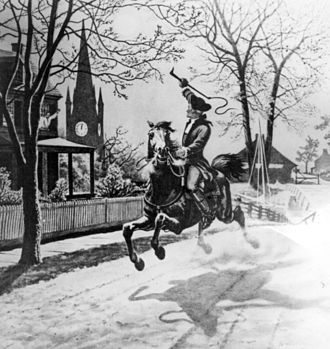 Think back to the days without the ubiquity of the internet and how easy asking for help spreading information is currently. Different techniques and parallels of signal boosting have been in existence for many years. Methods used in the past involved posting “Wanted” or “Missing” signs over towns or on the backs of milk cartons and relying on word of mouth. Imagine what the Revolutionary War and Paul Revere’s Midnight Ride would be like in modern times if he used Twitter: ”Paul Revere tweeted ‘The British are coming! #twoifbysea #PLSRT #signalboost’ 2 minutes ago.”

Drawing eyes to a campaign is one of the most crucial factors to it ultimately becoming successful. A very common way to draw eyes to your campaign is to use signal boosting through posting on social networks with a large audiences capable of being reached outside your inner circle. Signal boosting is often achieved by asking people to “share” or “retweet” your post within the post itself.

One very significant caveat of using Twitter for signal boosting is the character limit. Before sending out your post for spreading around you must create a flawless, attention grabbing tweet. People are more likely stop scrolling, notice these interesting tweets, be captivated by the call to action, and hopefully consider supporting your campaign.

As a side note about hashtags, it is important to keep in mind the number of individual tags you use. Too many can make your tweet look like spam, and too few won’t reach a high number of users.

Facebook and other social media platforms, like blogging websites or news services, are vastly different from Twitter when used in the context of signal boosting. These blogging sites and news platforms can have a wide audience like Twitter, however it can be difficult to reach an audience outside of your friends and subscribers or people specifically looking for the subject matter.

Recently, my friends launched a crowdfunding campaign on the internet. In order to help them, I went through and tweeted at my influential friends asking for help with “signal boosting.'” Only a few of the dozens of tweets I sent went unnoticed—the rest were acknowledged by retweets and favorites or unique tweets signal boosting their project. A few weeks later after all of the signal boosting on Twitter, Facebook, and other blogging platforms, they were able to raise over $2,000 in funding.

There are dozens of things you can use signal boosting for: crowdfunding projects, charities, news alerts, and many others. Understanding what people will click on, and how to connect with them on a personal level to gain support is crucial to signal boosting. The ultimate goal is about trying to convince other people that your campaign is worthwhile and deserves to be shared, as well as trying to recruit others to help spread the word.

Are you going to try out signal boosting for your next campaign?

Emma Zwirko is a social media manager at WP Engine. She hails from the East Coast of the US and enjoys video games, frozen pizza, and cat GIFs.