In addition to my WordPress development goals in 2012, another one I had was to get more involved in the WordPress community—whatever that looked like for me. This ‘community’ is constantly trumpeted as the backbone of the project itself, but I felt overwhelmed figuring out how to take the first step.

To be honest, I was also afraid I’d make quite a fool of myself. I’m not a world class developer (yet, hopefully), I’d only given one public tech talk, I had no idea how Trac worked, and I’d never submitted a theme or plugin to the repository. From the outside, the talented folks that head up the open source WordPress project (take a look at the sidebar) seemed unapproachable, mostly because I was ridiculously comparing my individual skill sets to theirs. Maybe you’ve felt the same way.

I’m happy to report I was, on the whole, totally incorrect about the leaders being unapproachable, and that daunting WordPress community is really just folks like you and me who care about WordPress, open source software, and the web in general. But, I only found this out by taking some steps forward.

Here’s what I did to get involved this year, in order. I hope it compels you to give what you can, and not worry about what you think others are expecting of you. 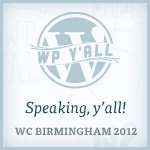 I jumped right into it with this one. What I did most right, though, was pick an angle I was most comfortable speaking on. I’d been working with non-profits for years, and most of my WordPress experience revolved around designing, developing, and managing sites for them.

I’d also become quite comfortable with integrating custom post types and meta to create client-friendly experiences, and had even built a WordPress feed-powered iPhone application. So, I presented Empowering NPO’s with WordPress at WordCamp Birmingham.

This helped for at least these two reasons: 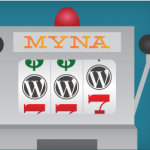 I stumbled across a content optimization library called Myna, which was in beta, and wanted to see how I could integrate it into WordPress. Myna has a sufficient API, so I set about integrating it into both the frontend and backend, experiencing both ‘sides’ of plugin development. I worked up the nerve to test, review, and submit it to the repository.

So, I had my first plugin in the official repo! And then I had another. And another.

Certainly, the goal isn’t the quantity of plugins, but the quality and utility of them. But, I’d challenge you to work hard on an idea and submit it!

They give helpful feedback if anything looks off, and you can fix things right up to let others benefit from your ideas and hard work. 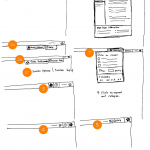 Since much of my expertise lies in the area where WordPress, UX, and design meet, I decided Make WordPress UI would be a good place to start helping, whatever that looked like. As with the other steps, this felt daunting—conversations seemed to move too quickly and require too much foreknowledge.

Nonetheless, I commented on threads where I thought my opinion was valuable. I also started hopping into IRC rooms for the weekly UI chat, to follow what was going on in core development, and help others when I could.

Honestly, I have no idea if my contributions to those elements this year made a dent, but I do know I was a part of seeing the new Media Manager in 3.5 evolve, and learned from seeing how others solve design problems. Getting involved in ‘Make’ and IRC just takes time and a little effort.

Every time I looked at open tickets in Trac that needed work, I either assumed they were problems I weren’t smart enough to solve or that there were some official rules on who can submit or discuss. It was more of that ‘fear of making a fool of myself’ business.

After many visits to the All Tickets page and much time combing through them, I finally found one that looked like it just needed some love. I ended up submitting my first patch, in which I went through some of the WordPress backend and tweaked colors to conform to WCAG 2.0 AA Accessibility standards for contrast.

Y’know what? I even did something ‘wrong’. I was kindly corrected and I updated my patch. At least in part, my not giving up on Trac will get yet another accessibility enhancement considered for 3.6.

Discussions and Effort are the Key

On top of these little milestones, I strived to write more, but especially about solving WordPress-related problems I had trouble finding the solution to. I also put up two of my plugins and some child themes (and more) on GitHub.

As Tom McFarlin mentioned recently, you can learn a lot from the feedback you get when putting your thoughts or code ‘out there’. Sometimes you have to separate the wheat from the chaff, but it’s almost always worth the effort.

This year, I got more involved by focusing on what I could give, instead of what I couldn’t. What can you give in 2013?