It’s no secret that we’re super-fans of Automattic, Inc. and WordPress. We kind of bleed this stuff, you know?

And we’re not alone in that as many of you are fanatics as well! But we try our very best to be critical of what we report on and unbiased in our approach – it’s a line we toe every single day but the tension, as they say, is a good one.

One of the things that I do besides edit this blog and write like it’s going out of style is help my team grow as a startup and organization as well as professionally coach others and other startups to be successful as well. It’s incredibly rewarding and there’s nothing more exciting than seeing your own baby take flight into something much bigger than you could possibly imagine.

Whether they are the small wins from time-to-time or the big wins like moving into new office space we’ll take them all – as many startups do. And you’ll take any advice from any other successful entrepreneur or startup venture so that you too can survive and eventually thrive.

So what I do often in my very limited free time that I have (very is a key word here) is study other models of business to glean anything I can for my company as well as for the other companies I consult with. What I’ve discovered is that I have used Automattic more and more.

Let it be know that Automattic is just like any other startup and business: Imperfect. You see, even if it doesn’t look like it at times they have as many issues as any other company and it’s just the nature of the beast.

But they are doing a lot of things right and here are 10 reasons, in principle, why Automattic is an incredible startup model to copy:

To start, they have been kings of organic growth and haven’t visibly spent much on marketing. The nature of open source technology allows this organic growth to happen, especially if the product is worth promoting and using.

To say that Automattic has had incredible organic growth is a wild understatement – and it’s only getting bigger and faster every single year.

They are profitable. There’s not much more to say here except that it means they make money and have decent fiduciary management internally. Again, it could be a mess inside for all we know (probably not) but they are a profitable and growing startup.

WordPress has been, in my own opinion, generally under-hyped. If anything, it’s been criticized as much as it has been hyped. But it’s not like Apple where you get rabid fanbois lining up for every drip of information coming down from on high – it’s a much more muted culture, in a good way. We’re just as passionate but we’re not in-your-face types of people. We are you everyday bloggers, business owners, marketers, mompreneurs, and such. We are just trying to do good work.

But what I really mean is that the outside-looking-in culture from Silicon Valley and the general startup community doesn’t go over the top with Automattic. It’s nothing like some of the startups you see today that get incredible amounts of attention, millions upon millions of dollars of funding, and the fail miserably, like Color App which had $41MM in funding before a single user was signed on. 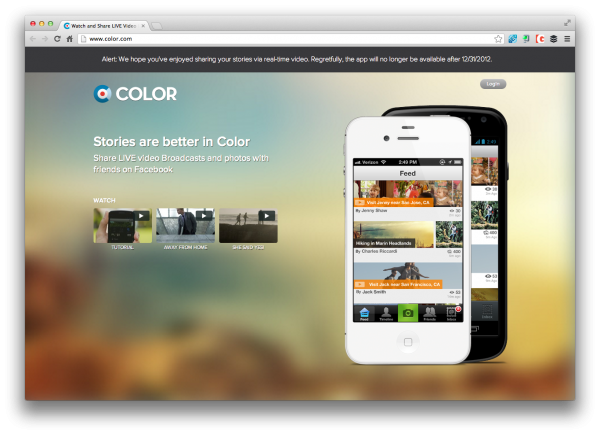 This leads me to my next point…

I’ve raised a bunch of money through Angels and VCs in my history as an entrepreneur and I love both models of bootstrapping and being financed. I’m not going to get into a long-winded conversation as to which one is better but the fact is that Automattic is seriously under-funded. With around $1.1MM in funding through Polaris Ventures, True Ventures, Radar Partners, and CNET it could easily command another series X round and “go faster” if they wanted to.

Correction: They’ve had a Series B of $29.5MM with the same Series A group but adding New York Times. Thanks Art Sole!

But they haven’t and from what it seems they won’t anytime soon. They are doing things well and growing in their own right without it. Being under-funded and successful is an amazing place to be.

Clearly Automattic has gotten tons of press (still under-hyped though) with major individuals and companies moving to WordPress.com or their much-larger VIP solution. They’ve been recognized as a business for excellence tons of times over and the founder, Matt, has a much-deserved detail on Forbes.

They’ve gotten big wins from nearly every market sector and their recognition as a brand and company continue to rise with respect.

Without question the community around WordPress is one of the best parts of working in this particular space. We’re passionate, opinionated, and yes, we’ll even argue vehemently at times, but we all come together under the philosophical banner of open source and creating as much value for ourselves as our customers.

With Meetups, WordCamps, and other WordPress-centric events on the rise theattention and need for even more community is a felt need that is being met with solutions. And Automattic listens and is led by this community as well. 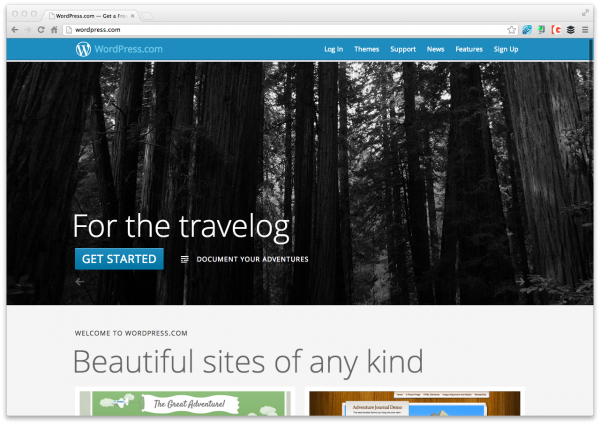 The product is incredible and continues to get better every single release. Those that are contributing to core not only care about quality but they are engaging with not only the best practices of product development, design, UI/UX, and accessibility, but are also entertaining the bleeding edge with responsive, frameworks, and development techniques.

The product is a model for innovation and also sparks even more creative innovation from others.

But to be clear, I’m not just talking about core WordPress – I’m talking about WordPress.com, the revenue-generating machine that represents the commercialization of the WordPress software and is the largest WordPress-centric commercial enterprise on planet earth. They are doing it right.

Closely aligned with #7 is the fact that the product itself is flexible for nearly any infrastructure and ecosystem, whether that’s an internal blog or intranet solution or for the variety of niche verticals that have select themes available to them in a push-click way.

The fact that large-scale enterprise respect it enough to deploy it to millions-upon-millions of eyeballs is worth note by itself and naturally the “cost effective” nature for smaller ventures and startups is impossible to deny. Automattic has curated the development of not just this product but the other arms of the business including Akismet, bbPress, Jetpack, VaultPress, and more that all scale wherever and whenever needed.

9. Incredible Focus on the Employee, Benefits

It’s been shared many times that working for Automattic is the “best thing ever” with flexible work environments (everyone works remote), unlimited vacation days, and compensation for all the gear that you need to make your work possible. Throw in health, dental, and other benefits including 401k and travel reimbursement and you’ve got a very attractive package to ignore.

It’s a model of how tech-savvy companies and startups are successful and distributed using technology to close the relational gap between them all.

Finally, they pick the best of the best to wear the Automattic badge. The talent behind the brand is incredible and they make the company sing.

Staffers are curious, motivated, and pursue other entrepreneurial engagements in addition to their work with Automattic. Hey, and they are hiring too.

Ok, so I’ve completely opened myself up to your flames – hit me with why I’m wrong.