No sensible person would deny that social media networks are a prodigious source of web traffic. Almost everyone has a Facebook account, whether they like it or not, and many of the most influential sharers on the web regularly tweet. Google+ may or may not have a positive impact on SEO, but a tighter integration with Google certainly isn’t going to hurt. And then there’s Pinterest, LinkedIn, StumbleUpon, Tumblr, and more.

It might seem foolish to even ask the question “Should I have social media sharing buttons on my site?” because the answer seems self-evident. I’m a firm believer that every component of a web page should justify its presence. So, it’s not enough to assume that social media buttons are useful—a case must be made for them. 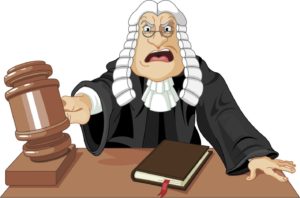 With that in mind, I want to look at the pros and cons of including social media buttons on your website.

They Can Make Pages Slow 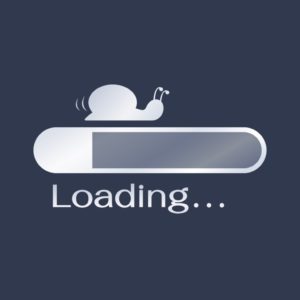 If you’ve ever visited a site and seen the content load in a reasonably short time, only to have to wait another few seconds before you can actually do anything with the page, the chances are that social media sharing buttons are the reasons for the delay. This is because they usually load a big chunk of JavaScript from external servers: the more buttons, the more external servers, and more JavaScript.

Load times make a difference to conversion rates and bounce rates, so unless there’s a good reason to include them, the increased load-time and degraded user experience are reason enough to say no to social sharing buttons.

They Often Don’t Make Any Difference to Sharing Levels

Intuitively, one would think that social media sharing buttons lead to more social shares, but that’s often not the case.

According to a study from the Nieman Journalism Lab, sites like The Verge, The New York Times, Fox News, and Reuters all saw less than 20% of tweets of their content coming from the Tweet button.

When Smashing Magazine removed their Facebook sharing buttons, traffic from Facebook increased. They hypothesized that because users weren’t “liking” articles from the page, that they were more likely to share them on their timeline—leading to more views, more sharing, and more traffic.

They’re Ugly and Can Look Desperate 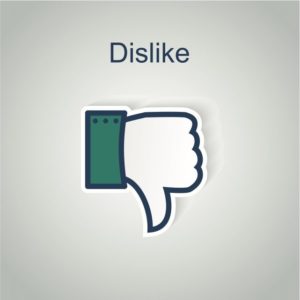 If you care about the design and overall appearance of your site, social media sharing buttons may detract from the intended aesthetic.

It’s not only the design that can be cheapened by social media sharing buttons. Marco Arment the popular blogger, podcaster, and former developer of Instapaper said:

I don’t embed any sharing buttons for one big reason: they look cheap and desperate. They would devalue my voice and reduce my credibility.

Fellow bloggers John Gruber and Shawn Blanc agree. If your site is popular and provides great content, people will share regardless of whether or not you have sharing buttons.

In the Nieman study I mentioned earlier, it was discovered that the number of tweets originating from an on-page Tweet button varied between sites. While tech sites (and others) that are likely to attract technically adept users showed very low use of Tweet buttons, sites like The Daily Kos, BuzzFeed, and ProPublica were between 30-40%. That’s not hugely impressive, but it shouldn’t be ignored. Social shares are important for driving traffic to a website. The impact of getting shares from influencers on social media networks can definitely have positive effects on a website.

Many people like things that are popular, and they’re more likely to express their approval if they see that others have publicly done so as well. Social sharing buttons that show numbers of shares can influence people’s perceptions of content, and improve their likelihood to share it to their followers. 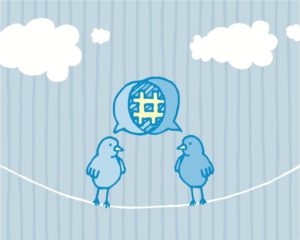 On the other hand, if a site is not very popular, a row of social sharing buttons displaying no shares at all can have the opposite effect. Social sharing buttons with hundreds of shares can also discourage people—why share something if it’s been shared so much already?

A/B Testing Is the Way to Go

My conclusion is that social media sharing widgets should have a place on your website if their benefits can be demonstrated.

Because they slow site load-times, the default decision should be not to include them unless they provide substantial demonstrated benefits. The only real way to test their impact is to A/B test pages with and without social media sharing buttons, and make a decision based on the evidence.

Do you use social media sharing buttons on your website?

Rachel is the technical writer for WiredTree, a leader in fully managed dedicated and vps hosting. Follow Rachel and WiredTree on Twitter, @wiredtree, Like them on Facebook and check out more of their articles on their web hosting blog.